Last month I had the opportunity to photograph for G.I. Jobs Magazine, a publication that is dedicated to educating and connecting people with successful job placement post-military.

My assignment was to photograph a portrait they could use as the cover for the March issue on Cyber Warriors.  The art director had arranged a 60-minute window of time for me to photograph an application security engineer and the Director of Network Security for Microsoft who work at the Microsoft Redmond Campus.

In addition to shooting the cover image, I included different editorial images that supported the feature story. Here is a quick video of me post-shoot inside the Microsoft Redmond Campus Visitors Center so you can see where one of the indoor locations I selected:

The shoot was quickly organized and scheduled within a couple of days.  Since the campus is approximately 400 acres, it was agreed that the visitor center was the best place to rendezvous.  I arrived an hour early to location scout amongst the numerous buildings and people milling about on their lunch breaks, in hopes of finding a sliver of space we could work in and conceptualize the goals set forth by the magazine directors:

Here is the cover shot of Jackson that ran: 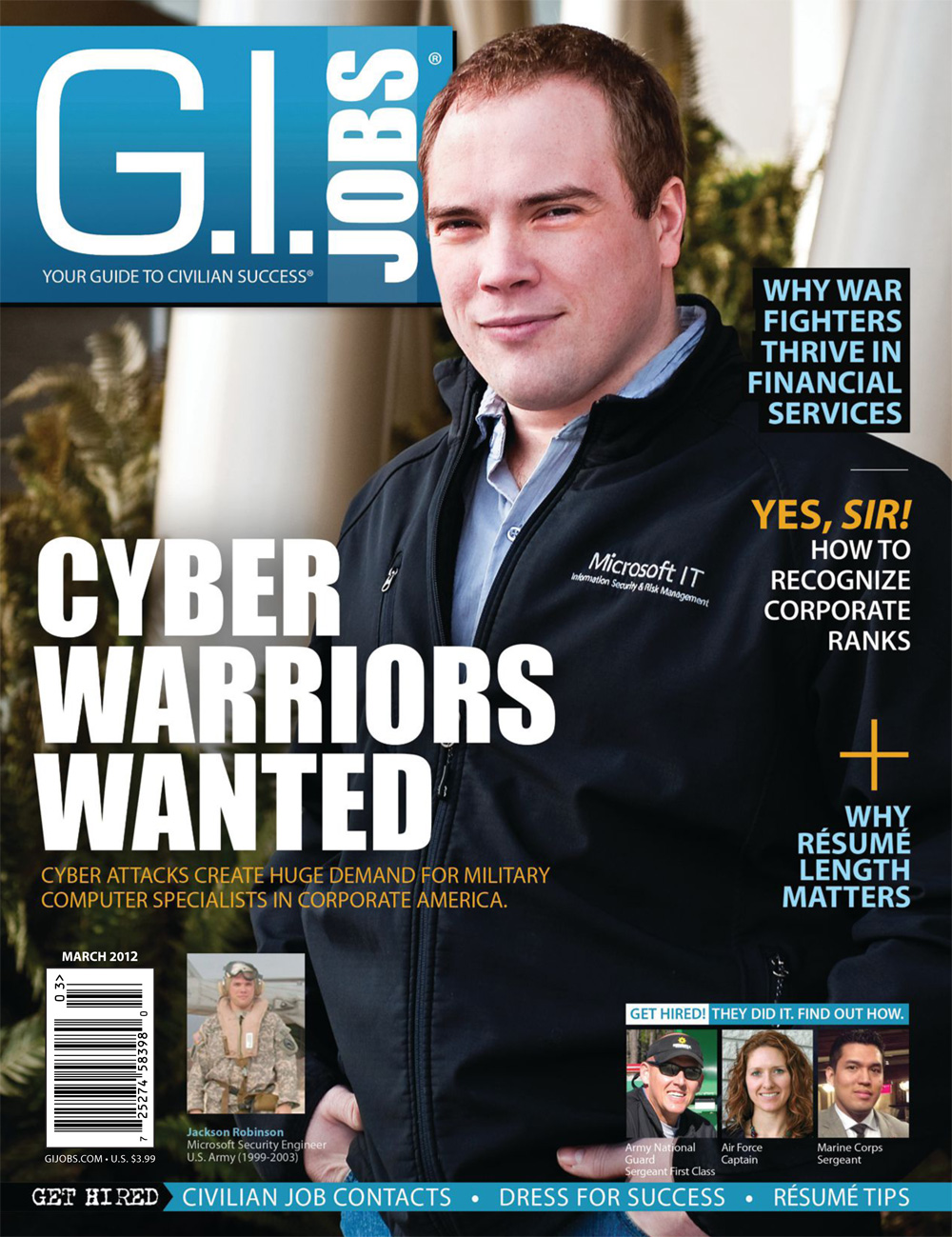 What worked the most for me on this shoot was the ability to think quickly under pressure keeping my CLIENT’S goals in mind FIRST and foremost, while creatively adding my own style at the END of the shoot to give them additional editorial supporting imagery I hoped would be selected to run.


After securing solid cover shots outside, I moved Mike and Jackson indoors and shot long exposures in natural light. How I achieved this was simply by explaining to them that the light was dim and the exposure was going to take a moment, so to please stand still.  They did great!


One of these editorial images was used as a double truck inside the magazine: 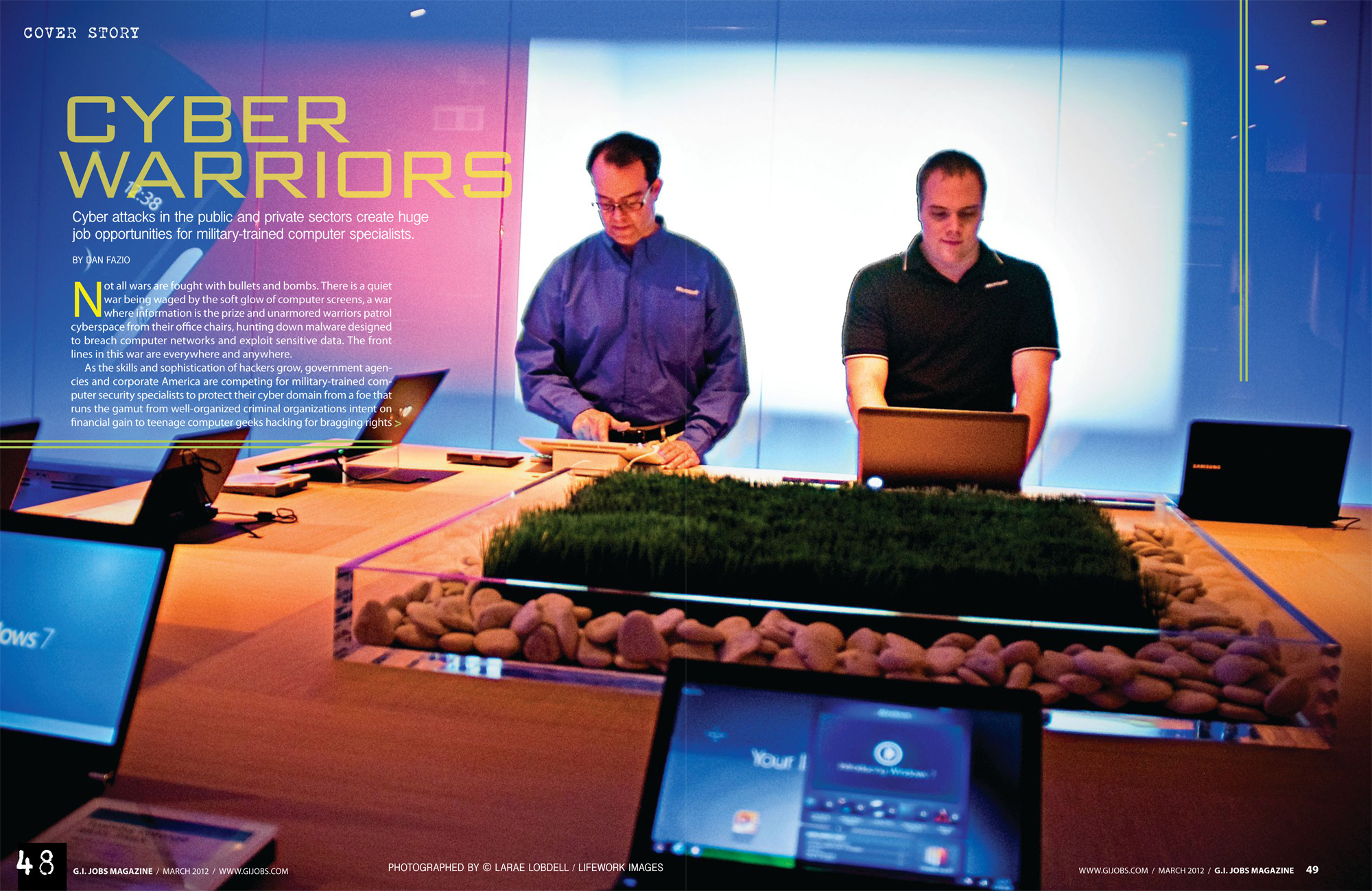 The cover story also included details (hands on laptop, far-left) and individual portraits of each subject (center and right): 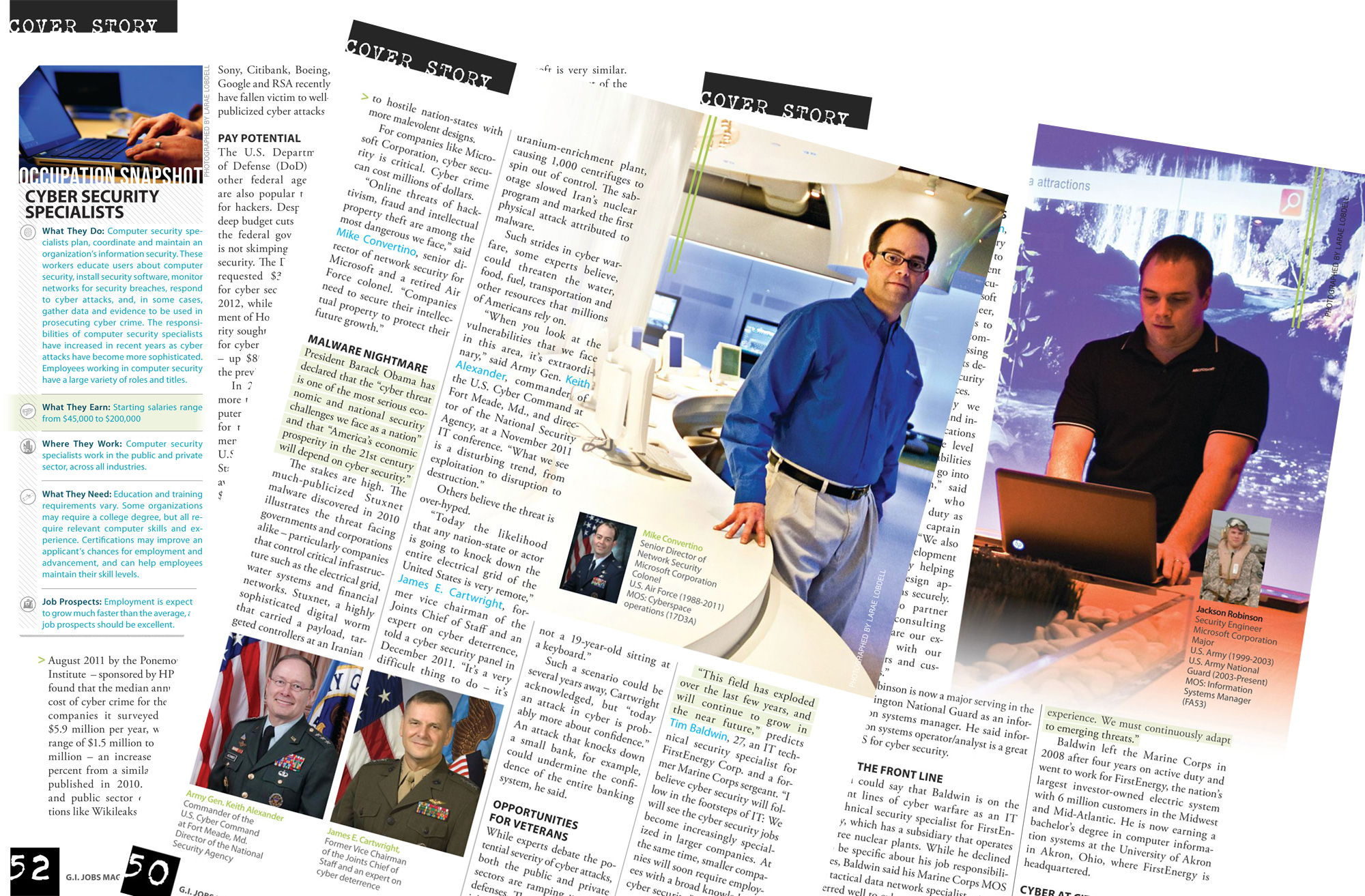 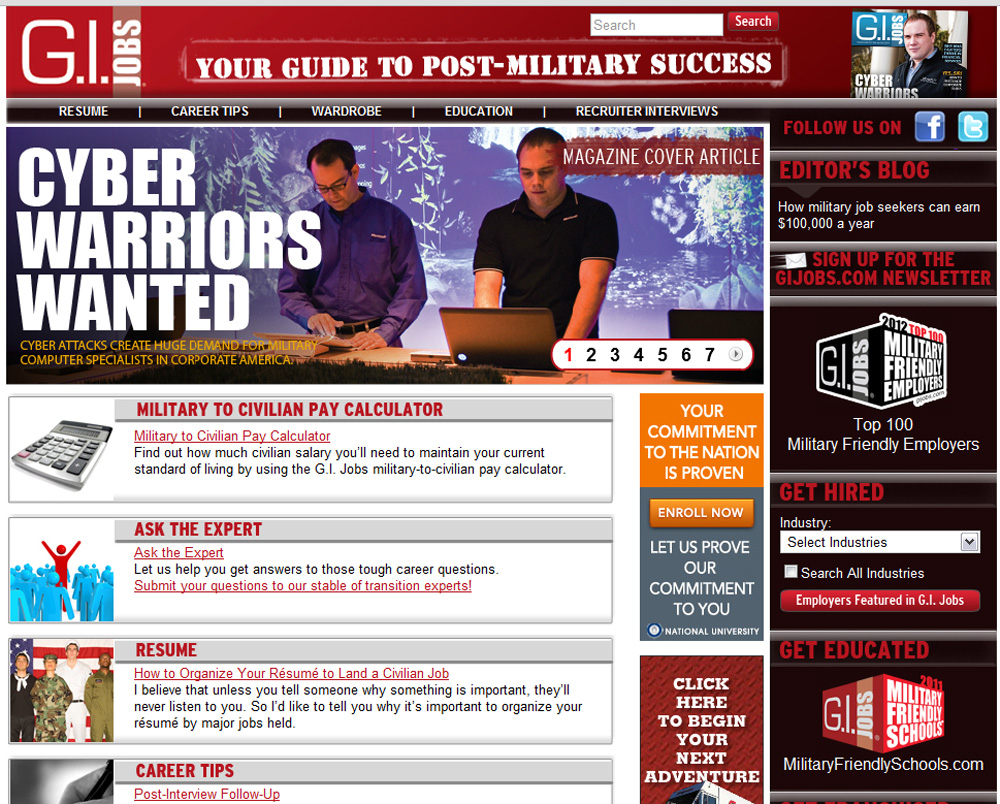 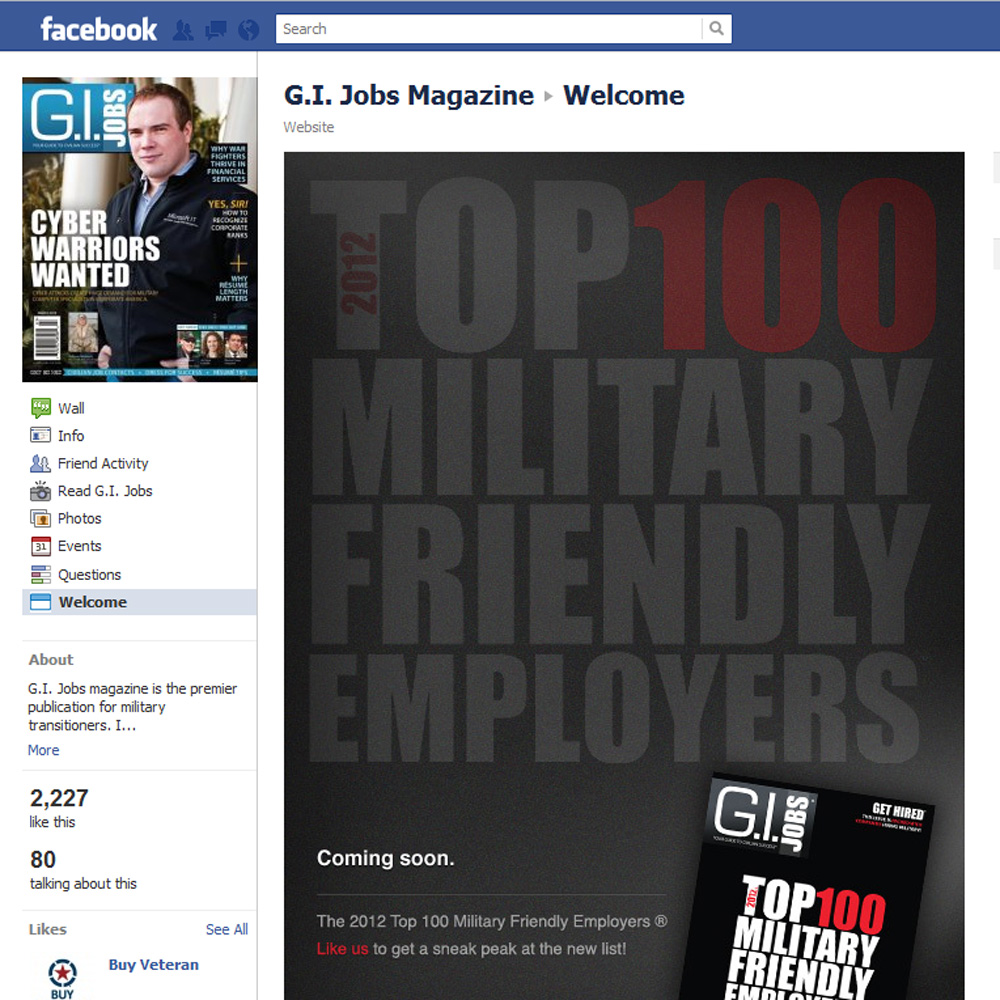 Mike and Jackson were incredibly cooperative and natural team players in front of the camera.  They truly made this shoot a great experience and it was an honor to photograph each of them.

If you would like to see the entire Cyber Warriors feature in G.I. Jobs magazine, you can view and download the entire issue at: www.gijobs.com/digimag.
(Visited 479 times, 1 visits today)