The first post from this series can be seen right here HERE: “London in Black & White (plus one color),” “One Day in Paris,”and “Working at photokina in Cologne.”

As rewarding as working at photokina in Germany was, I found myself completely exhausted and drained both physically and mentally afterwards.  So the day came to leave Cologne and I decided to extend my time in Europe for two additional weeks giving myself permission to relax and rest in that beautiful part of the world at a slower pace.  But where to go?

I had never been to the south of France, but had heard and seen so many wonderful stories that happen there; I mean, we can all name at least three fabulous movies set in the French Riviera, so it seemed like a perfect place to explore and take photos.  A ticket to Nice was purchased that morning and I was on my way!  By noon I was looking out from my window seat at the view of the Mediterranean coastline from the sky.  The ocean was one of the prettiest shades of blue I’ve ever seen.  The sunlight was golden and shined it’s brilliance on the vineyards and buildings below.  It looked incredible, and I couldn’t wait to start my personal adventure.

Upon arrival at the airport, I looked at a map found the location of a little village someone at photokina had recommended.  There was a list of hotels next to the map and I found one that was a perfect fit: the Welcome Hotel located in Villefranche-sur-Mer.  Collecting my bags I hopped in a taxi and settled in to the 45-minute drive from Nice to Villefranche.  The roads twisted and turned on the rolling coastline and I realized why people love driving fast sports cars in Europe.  The taxi finally stopped atop a hill overlooking a small down clinging to the lush mountainside.  A quintessential beach lined the town and water lapped just a few mere feet away from the streets.  It was love at first sight.

For the next two weeks, I let my feet walk out their trade-show stiffness by exploring cobblestone streets, allowed my spirit to be rejuvenated by the Mediterranean air, and granted my mind inspiration by the grandness of life in an amazing area of the world.  During this trip I kept up with my work and held Skype meetings during the day from cafes; I met some of the loveliest people I’ve ever had the pleasure of meeting; listened to Euro-jazz bands in Nice; rode on a yacht along the coast; took a photo of Bono’s mansion from the ocean; moored in Monaco; walked up to the Monte Carlo Casino, Prince’s Palace, and Saint Nicholas Cathedral (the church where Prince Rainier III and Grace Kelly got married(; drank champagne alongside Russian mobster billionaires; road on the streets that hold the Grand Prix; took a train to Italy for an afternoon of shopping and eating gelato; drove into wine country; tried to speak French but never improved (thank goodness for the kindness of strangers!); and got used to watching the sun set in a different part of the world.

You might be wondering why am I sharing these series of travel blog posts with you. My intention is not to be hired by you to go take pictures of your vacation (I’ll travel with you to France! I’ll take photos of you in front of the Eiffel Tower!!!), I’m not trying to sell you a class, a book, or a piece of gear.

My intentions for sharing today is very simple: I’m hoping to reach and inspire just one person today.

I’m a workaholic, and have been driven my entire life to “achieve” and “work hard.” But the day after the opening of my $25,000 photography exhibit all the articles and reviews quieted down and all I set out to do was “complete,” I realized that my life not complete, was only filled with work, and that I had forgotten to TAKE TIME to just enjoy it all.

Yes, there was a lot to catch up on when I got home from my work-vacation, but you know what? Work is always going to be there. That stack of paperwork you get off your desk will always be replaced by two more, and those jobs you roll out the door will be replaced by four more; that’s just the business of life, and it doesn’t ever stop. But WE have to stop our pace every so often and take time off to enjoy this life. Yes, it is enjoyable and rewarding to do work that you love and I hope that whatever you do for a living you love doing it, but being open to experiencing new unplanned adventures and really seizing the day is an essential part of living. I used to be the type of person who worked 80-120 hours a week MONTHS on end, so I totally get loving work and being fueled by it, really I do! You know what though? At the end of every week, at the end of big projects, there was no one waiting at home for me. I had forgotten to make the time to share my life with others. It was lonely and empty and that sucked.

So I want this blog post and images to inspire you, I want you to take time in this precious life to enjoy it. Because it goes by fast. In the end do you want to look back and see a list of all the hours you worked? Or do you want to see and remember all the amazing experiences shared with others that matter?

I LIVED every moment of this trip and am so incredibly grateful that life gave me that special time to experience and enjoy the world. 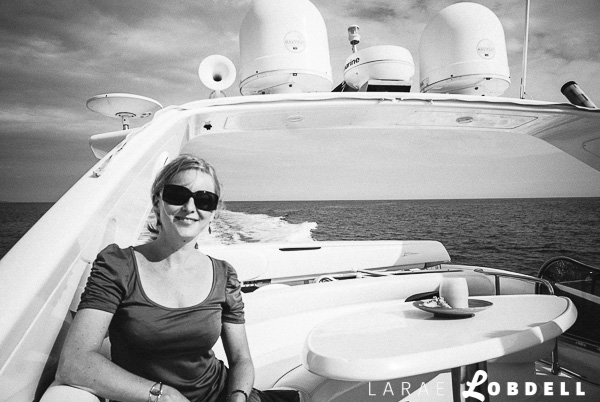 That’s me. On a yacht. On the Mediterranean ocean in the French Riviera. One of those moments in life where you stop and think of all the things that lined up to bring you to this perfect place in time. September 30, 2010. The French flag flying from my hotel balcony in Villefranche-sur-Mer on the French Riviera, September 27, 2010. 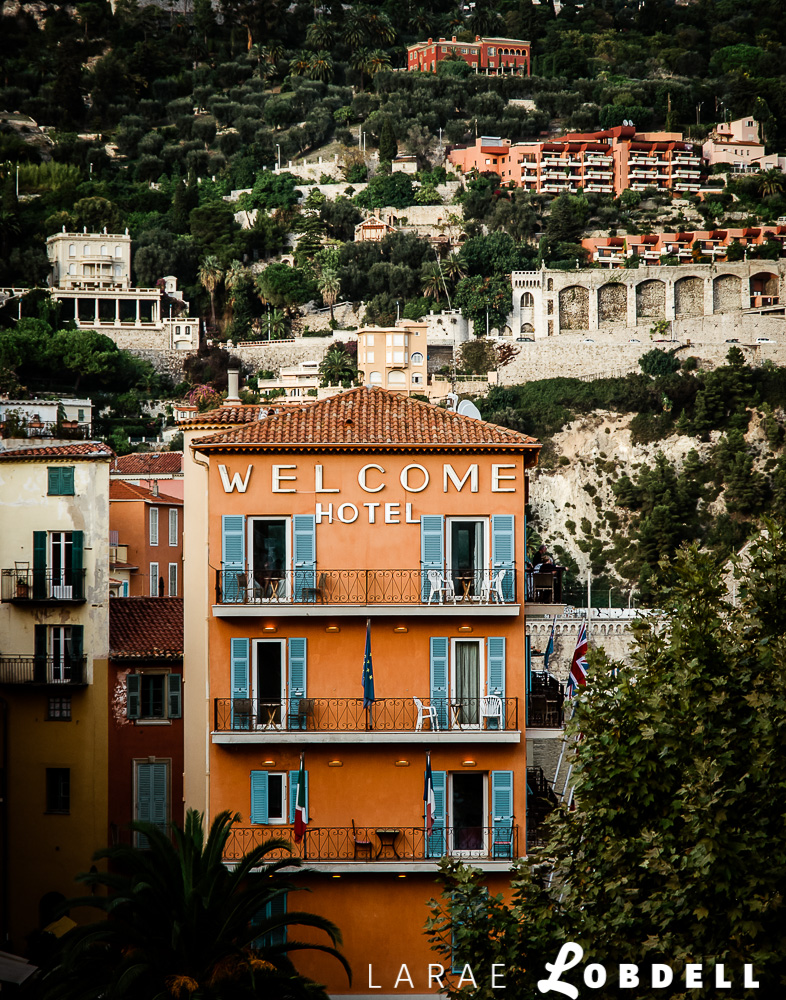 The Welcome Hotel in Villefranche-sur-Mer in the south of France outside of Nice, October 8, 2010. My room was the one on the second floor on the left side (next to the flag). 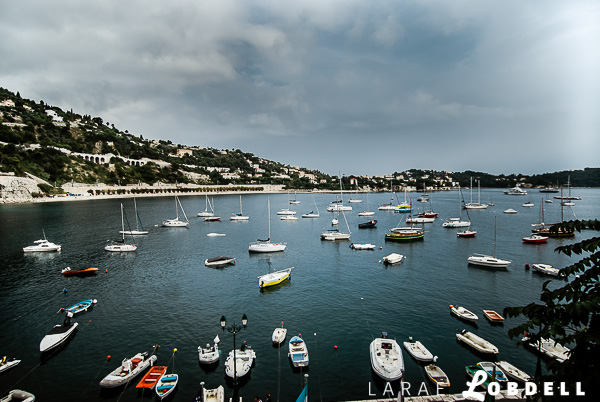 Boats moored in the bay of Villefranche-sur-Mer in the south of France, October 8, 2010. 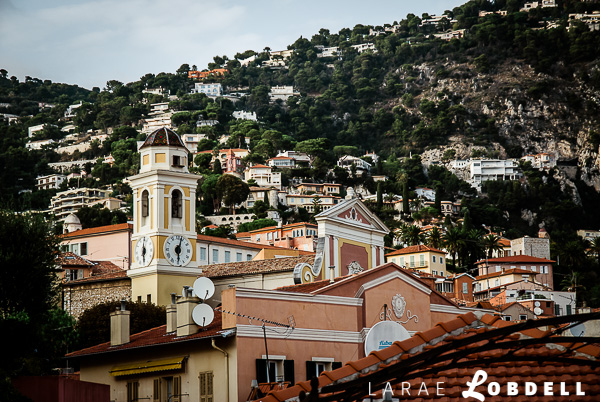 The beautiful mountainside of Villefranche-sur-Mer in the south of France, October 8, 2010. 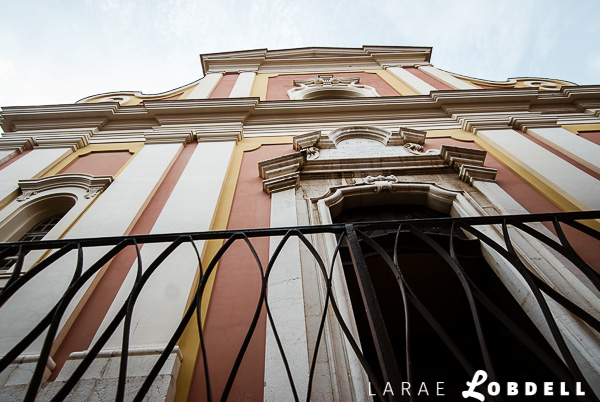 Church facade in Villefranche-sur-Mer in the south of France, October 8, 2010. 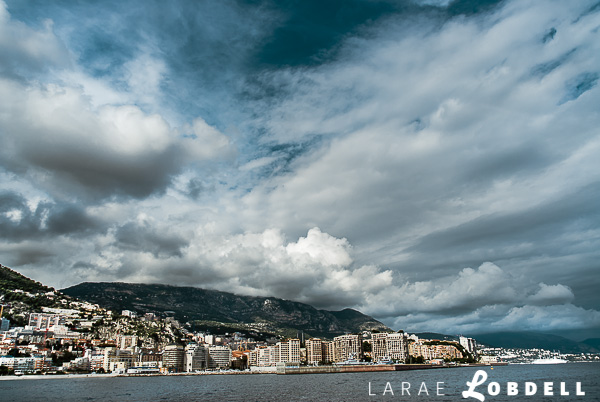 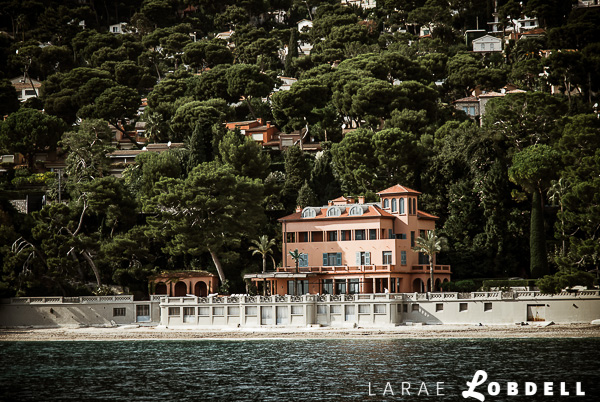 The mansion of Bono, the lead singer of U2, as seen from the Mediterranean Ocean, September 30, 2010. 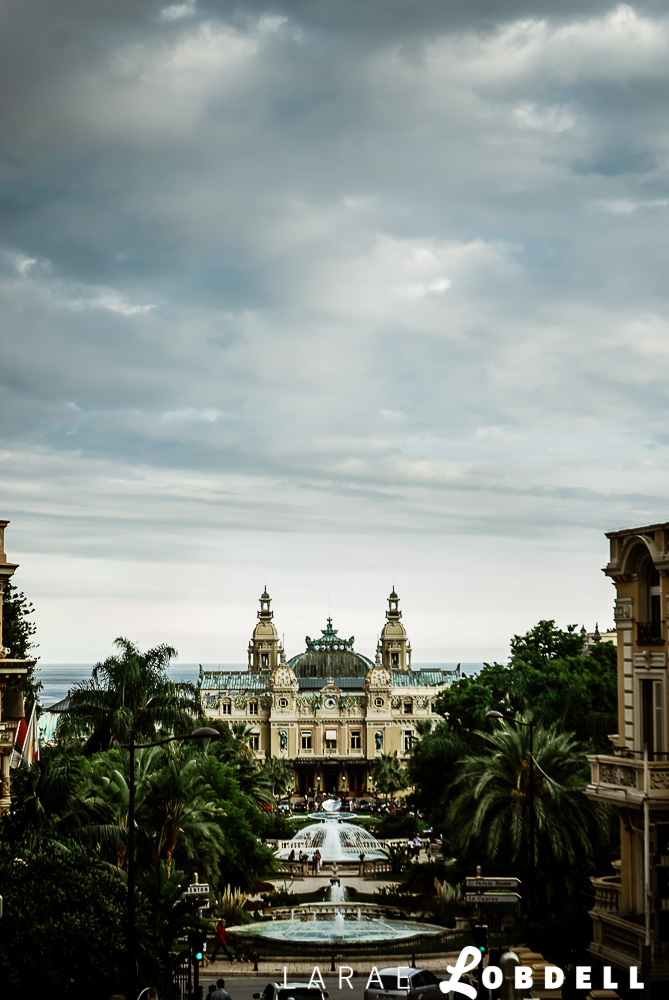 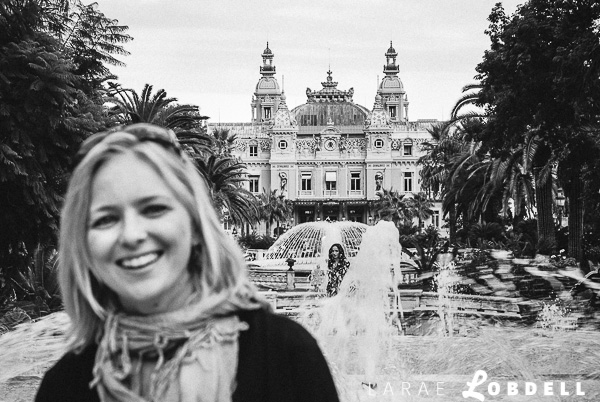 A blurry me in front of the Monte Carlo Casino in Monaco, September 30, 2010. Casino Royal anyone? 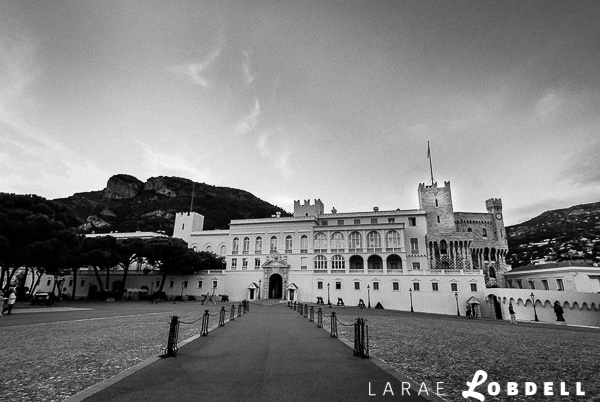 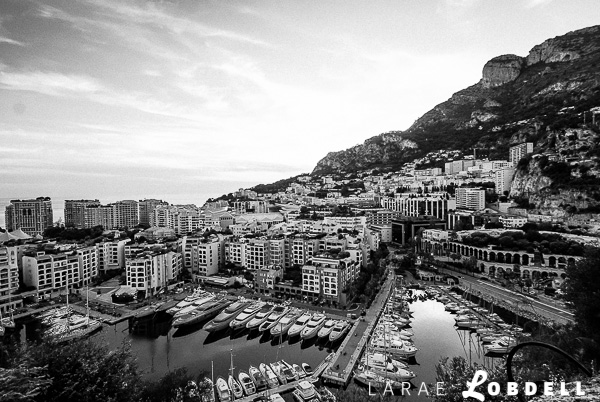 Yachts moored in the bay of Monaco, the docking place of some of the wold’s most expensive boats, September 30, 2010. 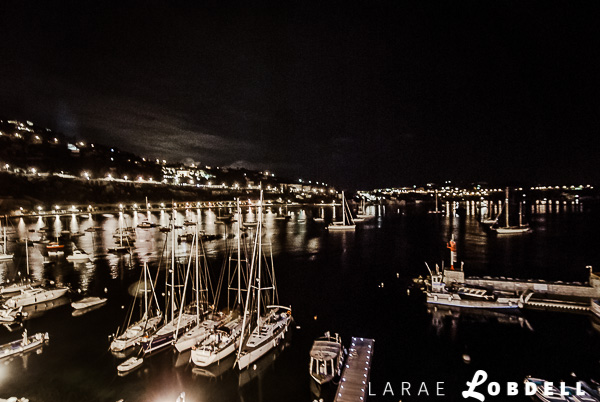 MY CAMERA GEAR ON THIS TRIP: A poem of self discovery through traveling on the road.   Allow change. Be adventurous. Be