BTS of A Christmas Carol

Behind every photo shoot is a story on it’s own.

Submersing myself in open body of water terrifies me, even when it’s only knee-deep. I mean have you seen “River Monsters” or are you a regular “Shark Week” viewer where they show BIG unexplained awful looking fish and SHARKS that ATTACK PEOPLE in one-foot of water? That stuff happens for real and knowing that this eight-foot sturgeon was actually alive and SWIMMING in Lake Washington the day I was wading out to my knees for these shots, well, I’m still hyperventilating from the thought.

That early morning had my mind reeling with the thought of wading out into those dark waters, as well as a few a few other life events drifting through my consciousness. My friend and lighting designer, Ian Spiers, was having a similar morning, so to start off our day, we decided to photograph a pretty little mallard duck who gave us a nice moment of quiet distraction to bring us into focus for the shoot we had at hand.

Big breath for me and I waded out with Ian by my side holding a White Lightning X3200 strobe and a 86″ parabolic umbrella  (yes, that is over seven feet in diameter!) hoisted 10-feet up in the air to control our light for the set up (Ian is a lighting ROCK STAR!). As soon as Kurt Beattie was ready I started shooting and forgot all about all the lake monsters.  The nagging fear only creeped back up on me as my ankles were going numb from the cold water. Luckily, Kurt was the perfect subject and every shot was a solid one, meaning I didn’t have to spend a lot of time in the water with that sturgeon!

Here are the great BTS images Truman Buffet and I captured during  “A Christmas Carol” summer campaign photo shoot for ACT – A Contemporary Theatre earlier this summer. Thank you so much, Truman and Ian! 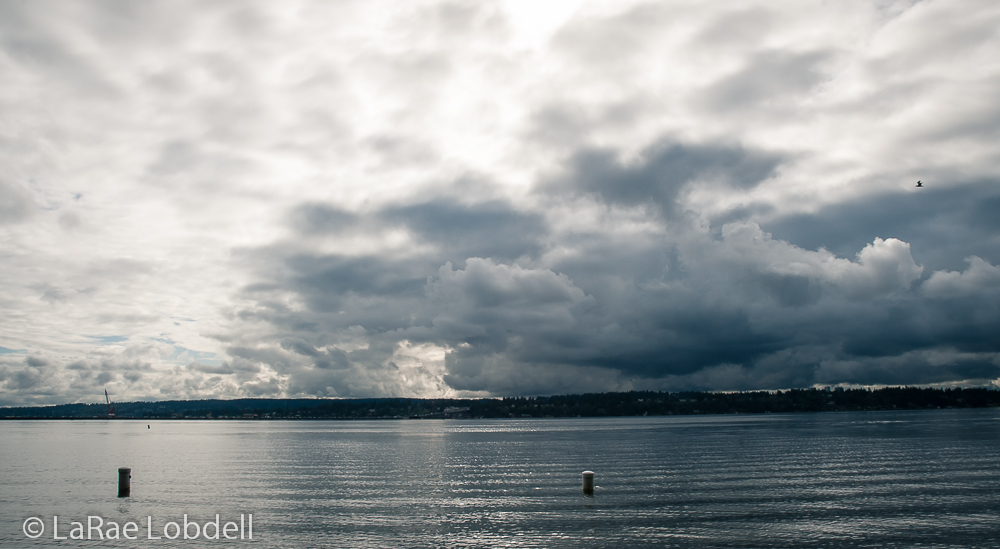 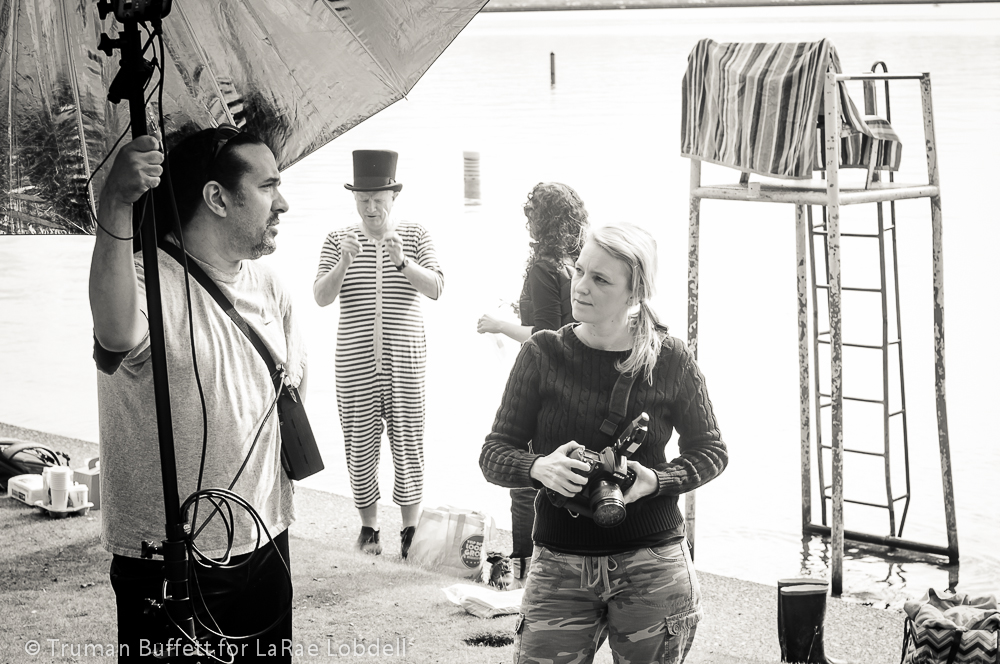 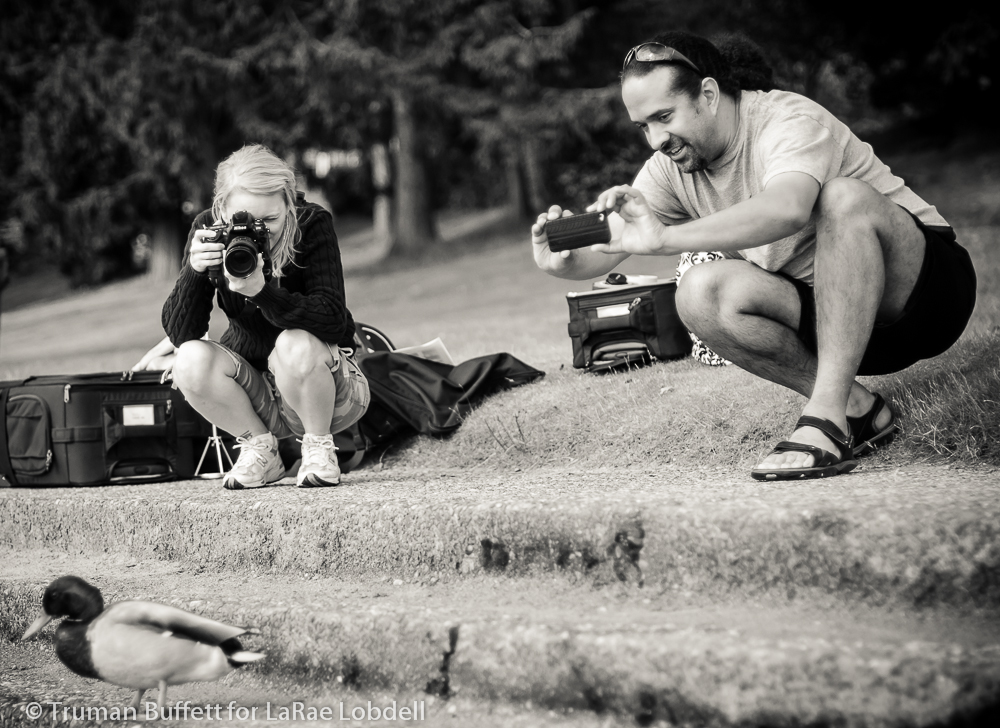 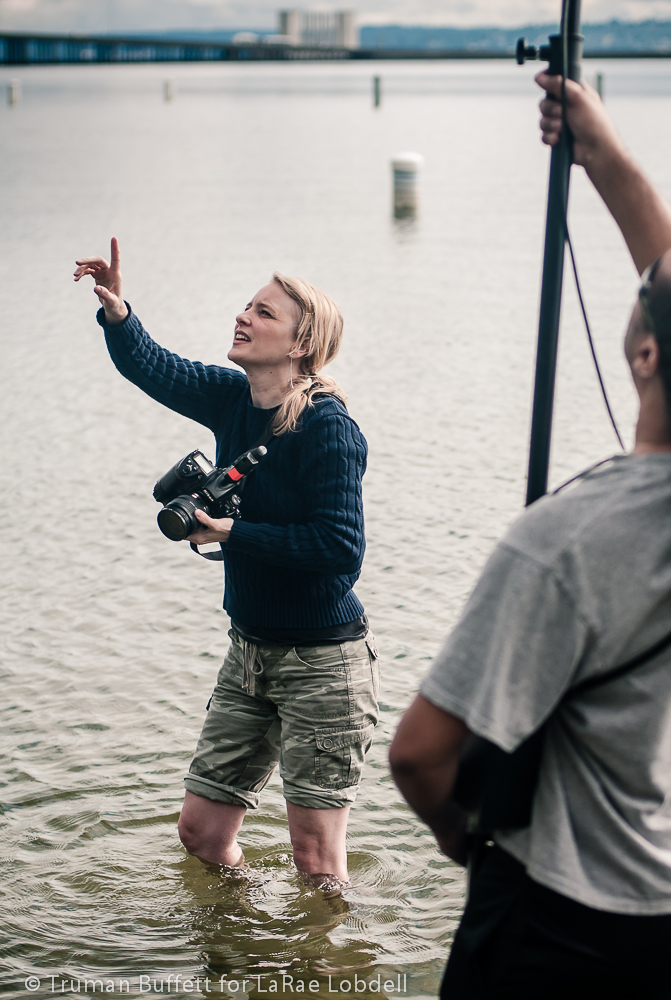 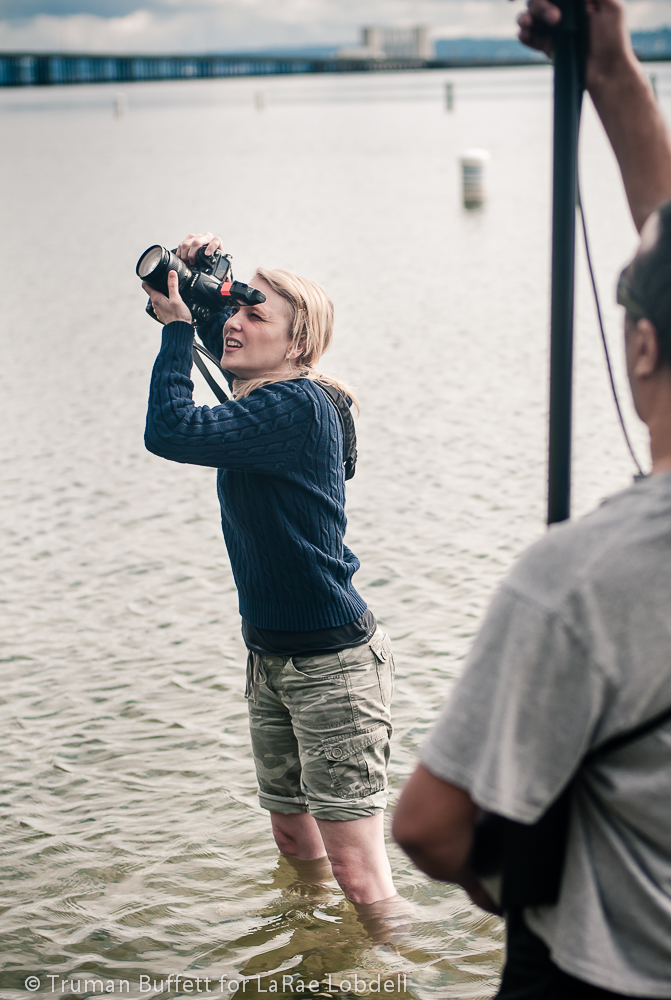 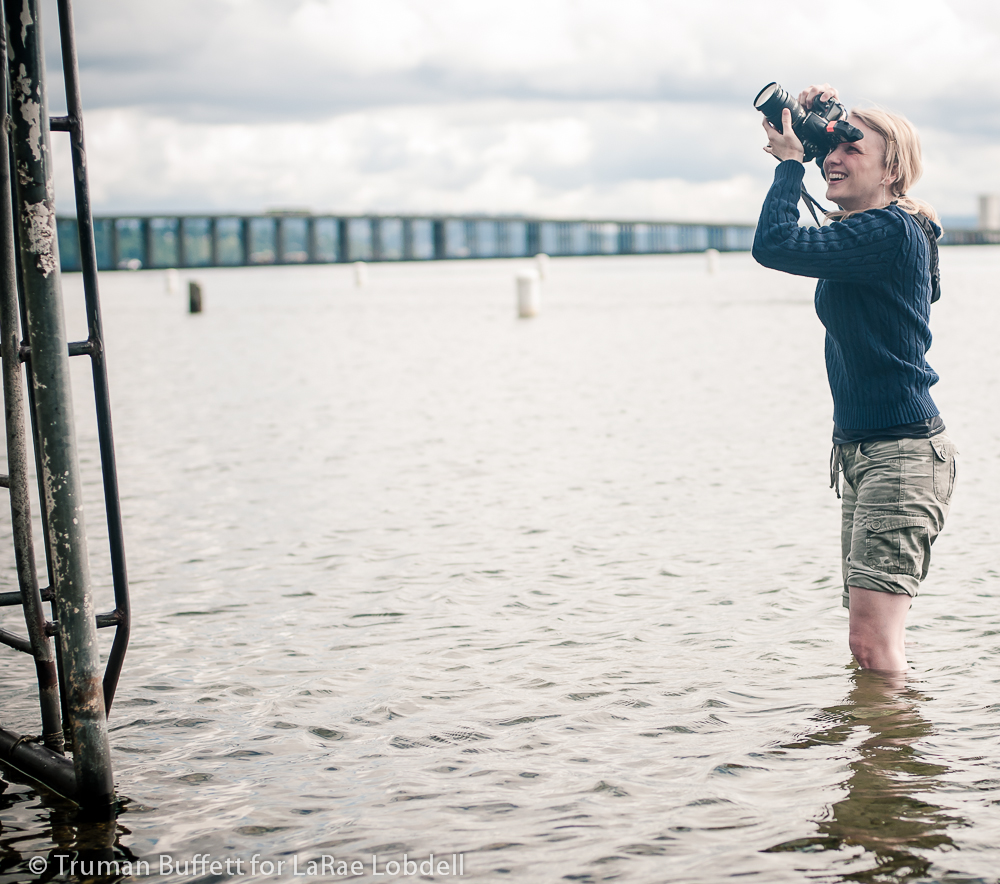 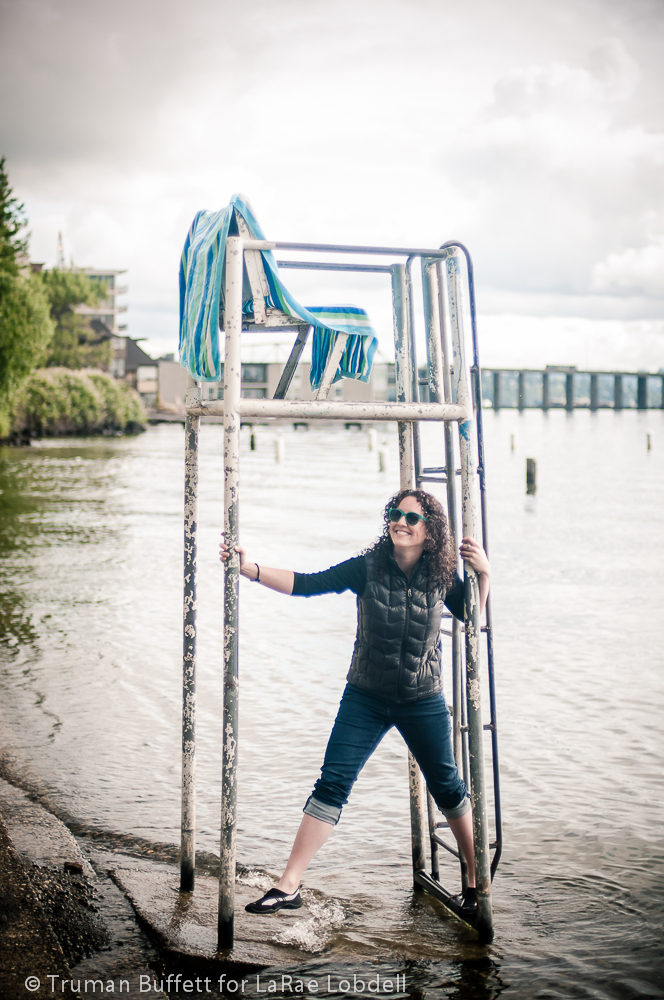 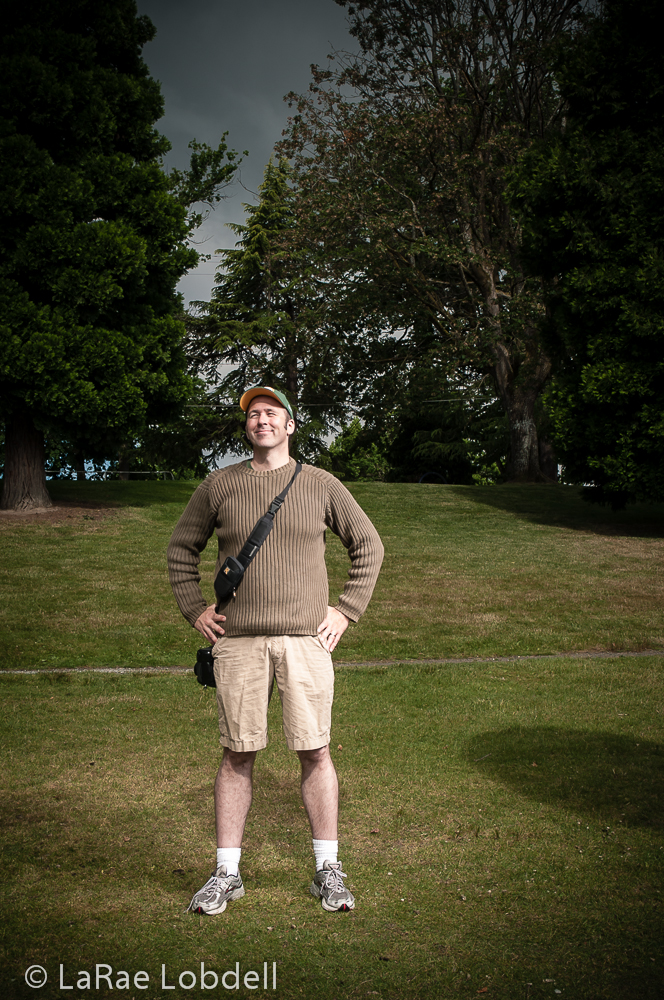 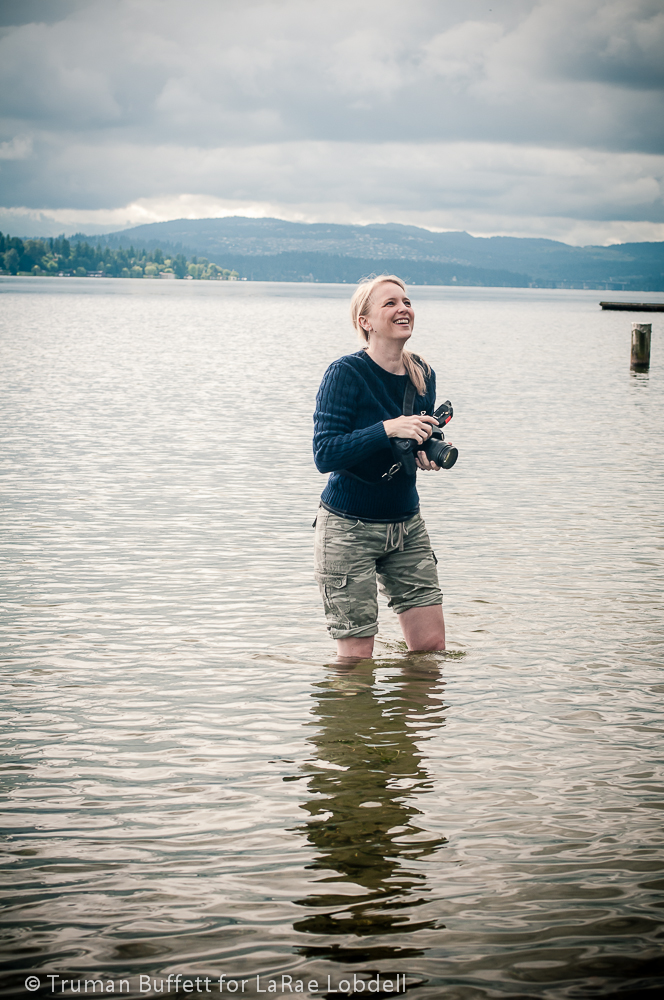 (A Christmas Carol is for audiences age 5 and older. No babes in arms allowed. )