A little less than a year ago, I found myself in the Cornish College 9th Street studios pensively waiting for American author, Dan Savage, to enter rehearsal room #3 and photograph him.

This was during the fifth month of my 16-month personal project photographing the artists of Seattle’s theatre scene, and as Dan was the  writer and director of “Miracle!” premiering at Intiman Theatre for their comeback festival year, he was was of the people I had the utmost privilege to capture and feature in the project.

As the months went by after the shoot, it filled me with great happiness to see Dan personally use the images on the official Dan Savage Facebook page and other social media sites.  So you can imagine how incredibly proud I felt when Penguin Publishing contacted me earlier this year to let me know that one of the images – my favorite – was selected as the cover of his new book “American Savage: Insights, Slights, and Fights on Faith, Sex, Love, and Politics

Knowing that the images I captured of his personality are appreciated enough to share them with the world, used to promote himself as a New York Times Best Selling Author and founder of the amazing  It Gets Better Project, reminds me of how much I love what I do, and that’s what it’s all about.

Thank you Mr. Savage, and congratulations on your book! 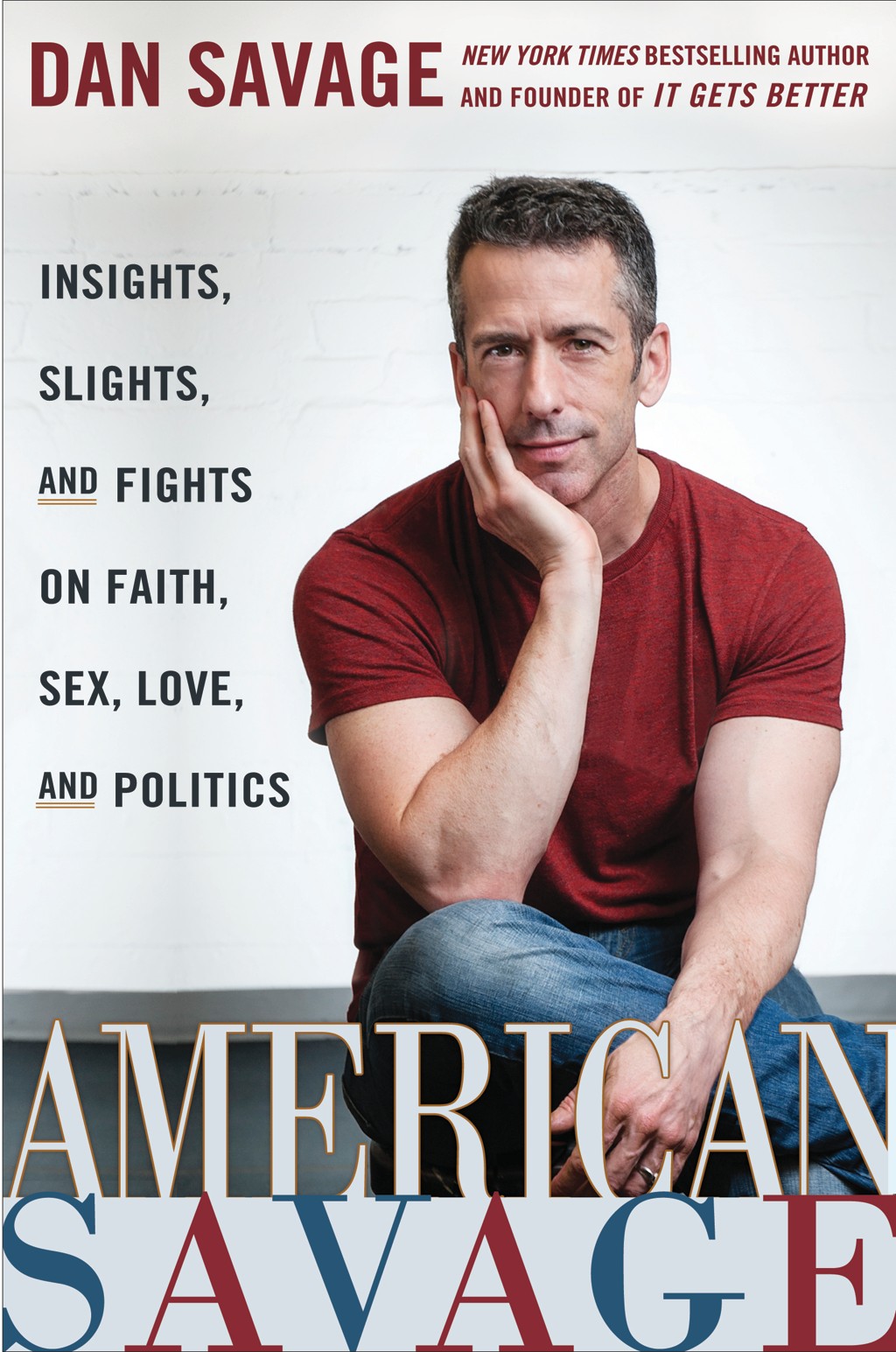 Photo Sister: What is the one thing you splurge on for yourself?
Dan Savage: Expensive champagne.

PS: What made you want to do theatre?
DS: I love hearing a room full of people laugh and knowing that I had a hand in it.

PS: If you could have anyone in history to be on stage with, who would it be and what scene would you play out?
DS: I’d like to be on stage with Hephaestion—Alexander the Great’s boyfriend (I’m thinking he had to be hotter than Alexander, since Alexander could take his pick of the boys)—and we’d play a scene from a new play I’ve written about me being Hephaestion’s rebound boyfriend after he broke up with Alexander.

PS: What is your hidden talent (any party tricks)?
DS: I can wiggle my ears. Wiggle doesn’t quite capture what I can do with my ears. It’s more accurate to say that I can flap my ears, like Dumbo.

PS: What is your favorite restaurant pick in Seattle and the best dish on the menu?
DS: The chicken-and-sausage gumbo at the Virginia Inn.

PS: Name one play or musical that you would like to direct in your life?
DS: Sweet Charity.

PS: What do you fear the most?
DS: Republican administrations.

PS: What personal adventure do you have in store for yourself this summer?
DS: I’m going back to Berlin, Germany, for the first time since I lived there in the late 1980s. I was in Berlin when the wall came down, lived there for another year, and haven’t been back since. I’m excited to see how the city has changed.

PS: What’s next on your horizon?
DS: Writing two books.

For those of you who missed it the first time, or those who want to revisit the images, you can see the full original feature HERE at “11 Minutes with Dan Savage” , and I also had a little BTS video footage of the shoot over on my YouTube channel http://youtu.be/KpgSpoT03Vg.