“Telling America’s stories my way from the highway.”

This is Keith, a true cowboy from Montana on his way back from a horse show in Oklahoma. He was stopped on the side of I-90 westbound while we were heading east just now at dusk. His truck – the same make and model as ours – was having the same issue with freezing fuel as ours did earlier this morning. We had some extra 911 additive, so Jon being the awesome man he is, jumped at the chance of helping someone else and poured the additive into the fuel tank and secondary fuel housing of a stranger’s truck.

While standing there talking with Keith I suggested that if his truck was broke we could ride the horses he was hauling in his trailer back into town. Keith said “yah we can! They ARE broke!”

Love it! So happy to be on this adventure meeting so many good kind people and proud to be with a man that is always paying it forward and helping others. 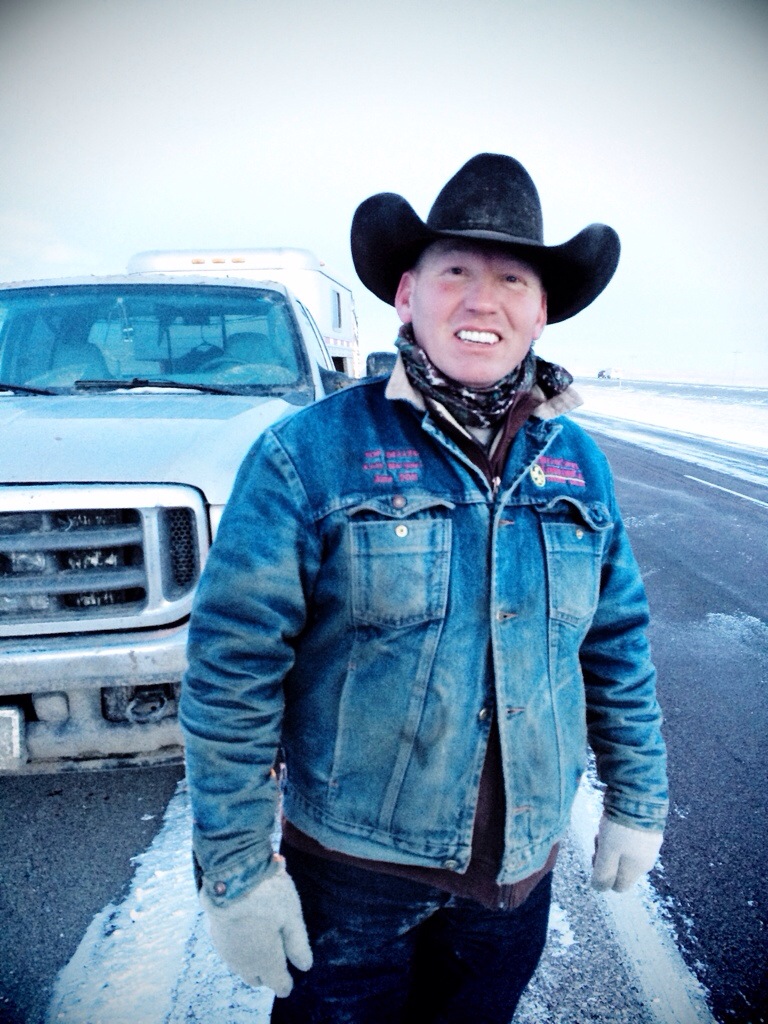 “Telling America’s stories my way from the highway.” Saturday, March 1, 2014 If you ever