When I first started the “Working Artists of Theatre” project in January 2012, actor Hannah Victoria Franklin was playing the character “SIS” in Tommy Smith‘s WHITE HOT [see also The Men of WHITE HOT]. I’ve seen Hannah perform before at Washington Ensemble Theatre, but this time her performance struck me at a different depth. Hannah RULED it and I promised to photograph her before her next big show, Bed Snake (opening tonight at WET).

This last Monday evening I arranged to photograph her at The Mecca. It had been a long day for each of us. Heck, it had been a long month! To be absolutely honest, I got really nervous about the shoot when I entered the bar because (being truthful here) I had never been a patron of The Mecca, didn’t location scout it before hand, , the place was dark, I didn’t bring a back-up set of batteries for my speed light, and the narrow bar was filled with a enough spectators to make me nervous. Oh yah, and I had not asked permission before hand to see if I could shoot there. Pretty much every single thing that I have on my check list to do before every shoot. Deep breath: I knew I had get the lighting and capture her awesomeness no matter what, that’s the challenge of photographing on location, right?

My normal rapport with Hannah was talking together at openings and closings of shows, shouting over loud music and a lot of people, so the location kind of seemed right for this shoot. We grabbed the back booth as soon as it opened, she had a whiskey, beer and a huge plate of fries (thank you for sharing your props!). Her strength, smile and devious humor shined through all the images one right after another.

I think of Hannah as the dynamic diva of Seattle theatre. [details to her show & photography details below]

It had only been a few minutes of shooting and we kind of just nailed it and I said so. I sat down, and after a moment Hannah got completely inspired with an idea of her hair flying. After a coordinated effort, we got this: 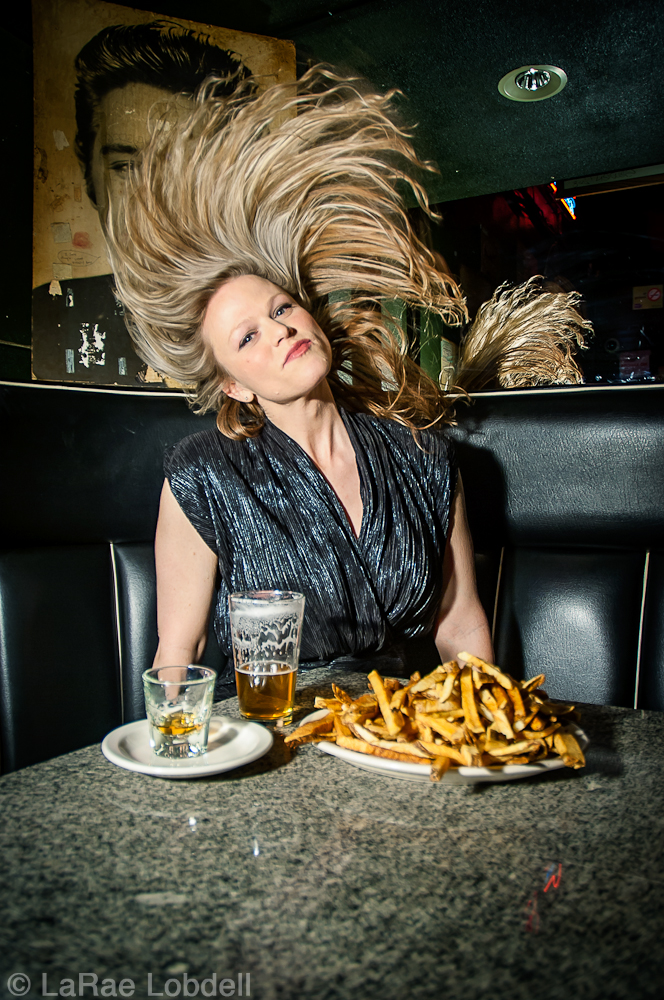 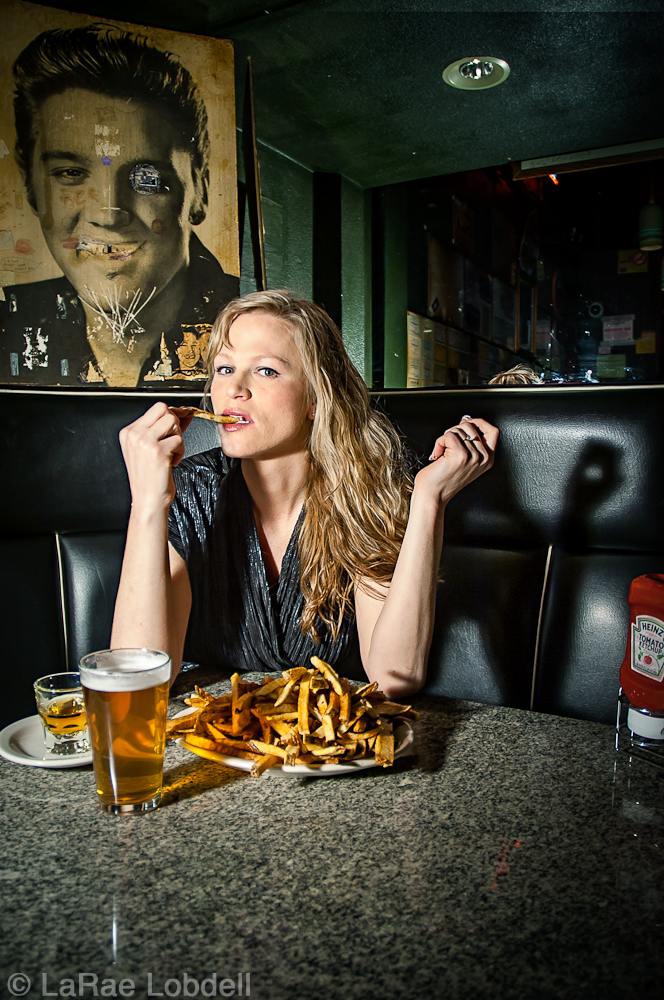 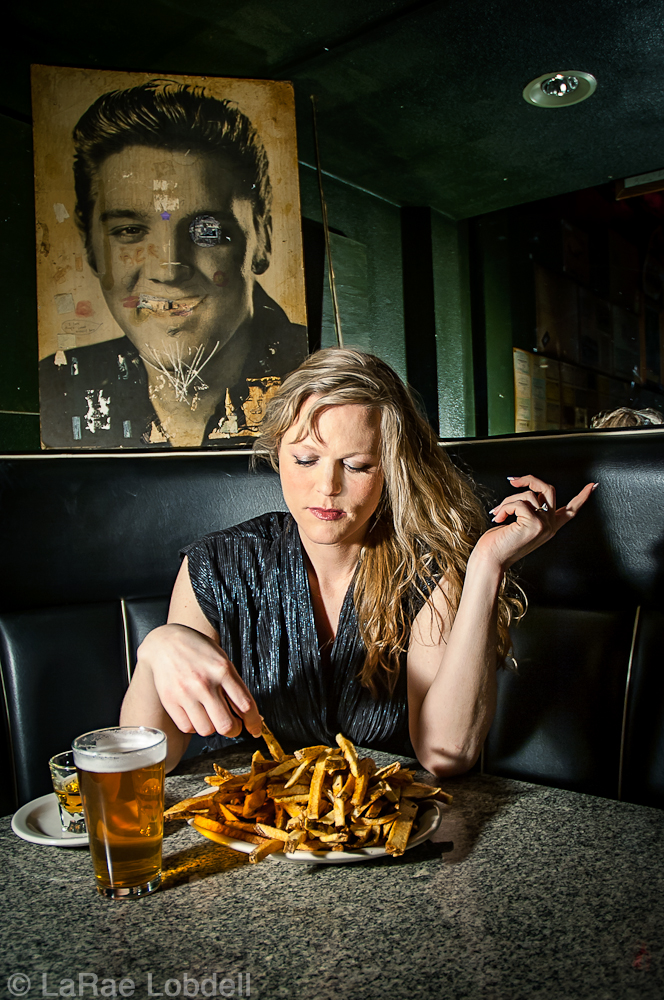 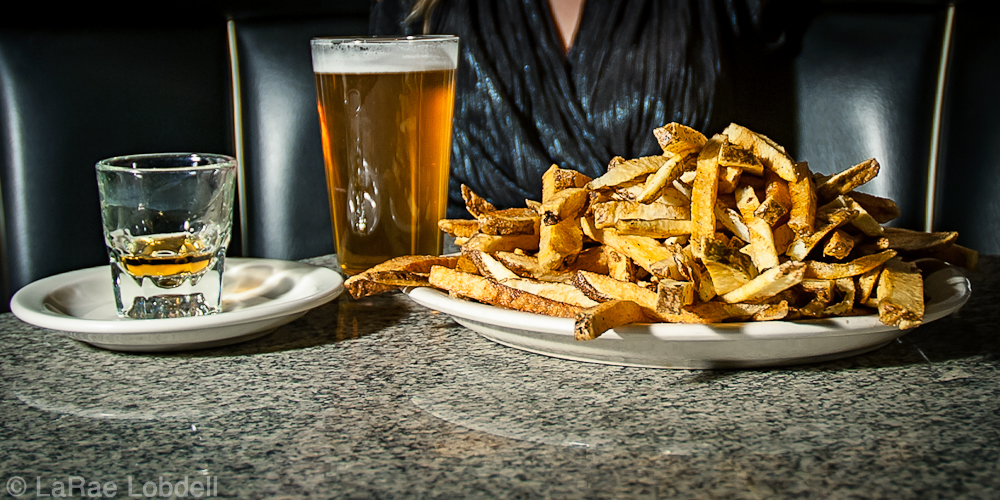 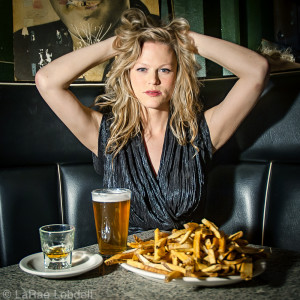 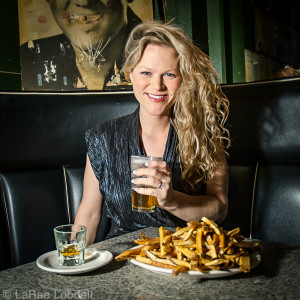 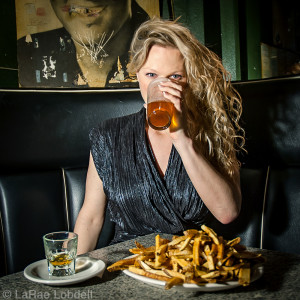 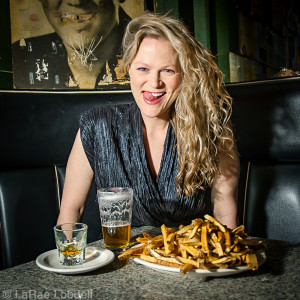 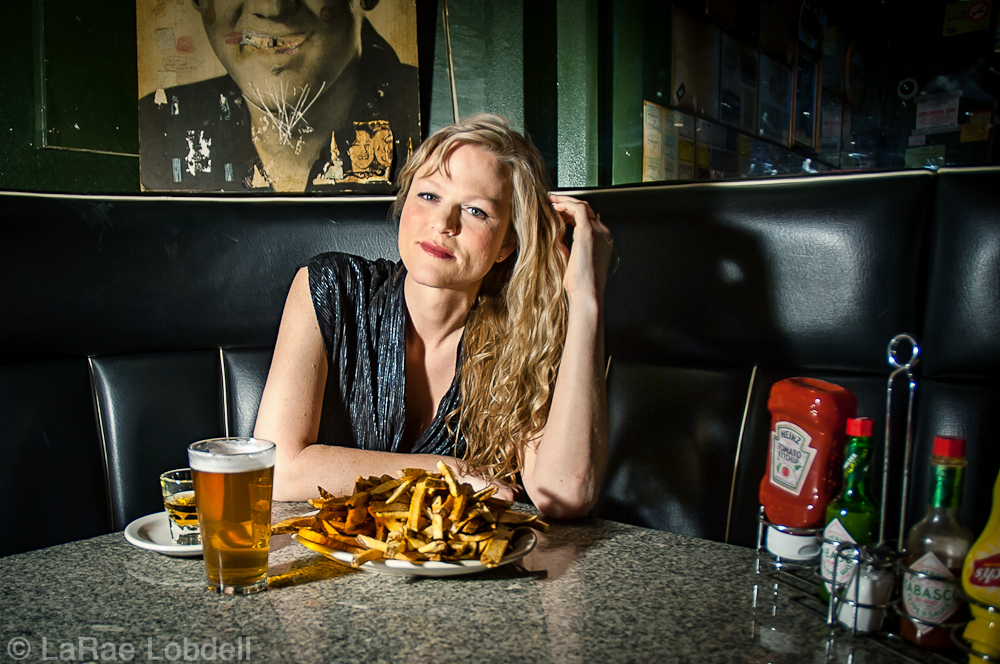 Dick’s is the place where the crew hang out–the SWASS like to play, and the rich flaunt” – Sir Mix A Lot, My Posse’s On Broadway

Yes, Dick’s Drive-In is my favorite fast food restaurant in Seattle. You see me Tweet about it and reference it in my Facebook comments at least once a month. Hannah chose the parking lot on lower Queen Anne as the final location of our shoot. A few gentlemen walking by were quite enamored with her and asked if they could be in the shoot. She and I looked at each other and said “Hell ya’!” 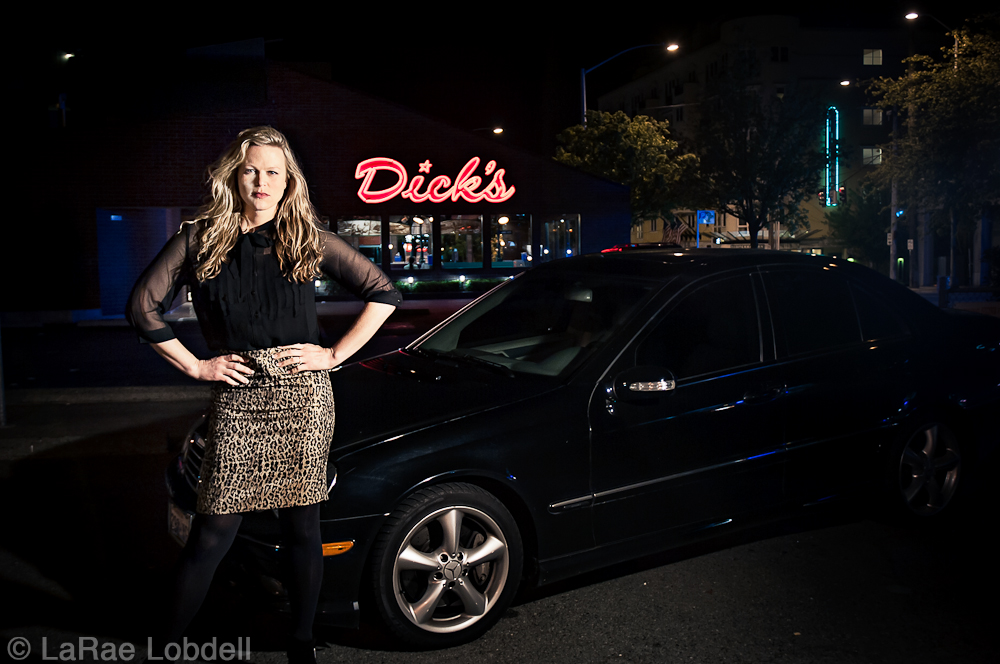 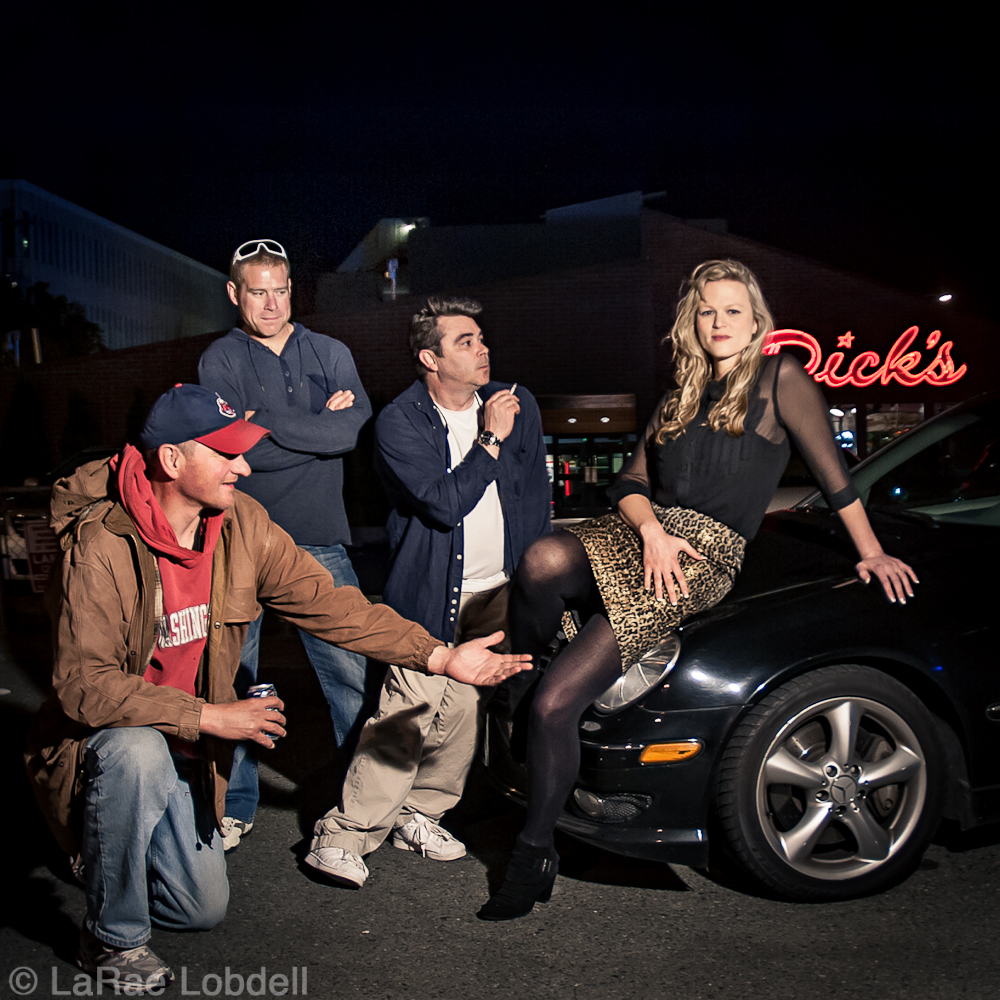 When I have a day where I’m feeling kicked around and to the ground, I channel my inner Hannah and somehow kick-ass getting through the thick of things with my head held high and feeling strong. Thanks lady.

MAINSTAGE/WORLD PREMIERE Performed and Developed by Noah Benezra and Hannah Victoria Franklin Wolf just wants to be a star. Kry$tal just wants to eat his soul. Together, they can’t be stopped. Featuring bombastic original music by Blood Kry$tal Wolf, production design by Amiya Brown and directed by Elise Hunt. A mélange of live performance, video art and rap music, Bed Snake is a surreal parable through the spectacle of celebrity. With bangin’ hip-hop beats, high-octane choreography and swagged-out music videos, Bed Snake brings the vibe of a high-energy concert to theater. Bed Snake promises to melt your face.

Lighting:
ONE Nikon SB-800 flash with the Micro Apollo light modifier from Westcott off camera. Manual setting 1/4 (interior) and 1/1 (exterior).

One thought on “75 Minutes with Hannah Victoria Franklin”