These two actors, Ali el-Gasseir (aka Djohnny Francois) and Jonah Von Spreecken (aka Phillipe Marleaux), crack me up.  Seriously.  Every time I watch the video trailer for their play “Number 2 Quebecois Robot Detective Agency“, I’m crying with laughter.

This is a play for kids – and the kid in all of us.  I’ll be taking my nieces and nephews and introducing them to how much fun theater is in Seattle; I know these guys will have us entertained from start to finish with their Quebec French accents, trench coats and robot inspired costumes.  Bring the whole family to this matinee cartoon! 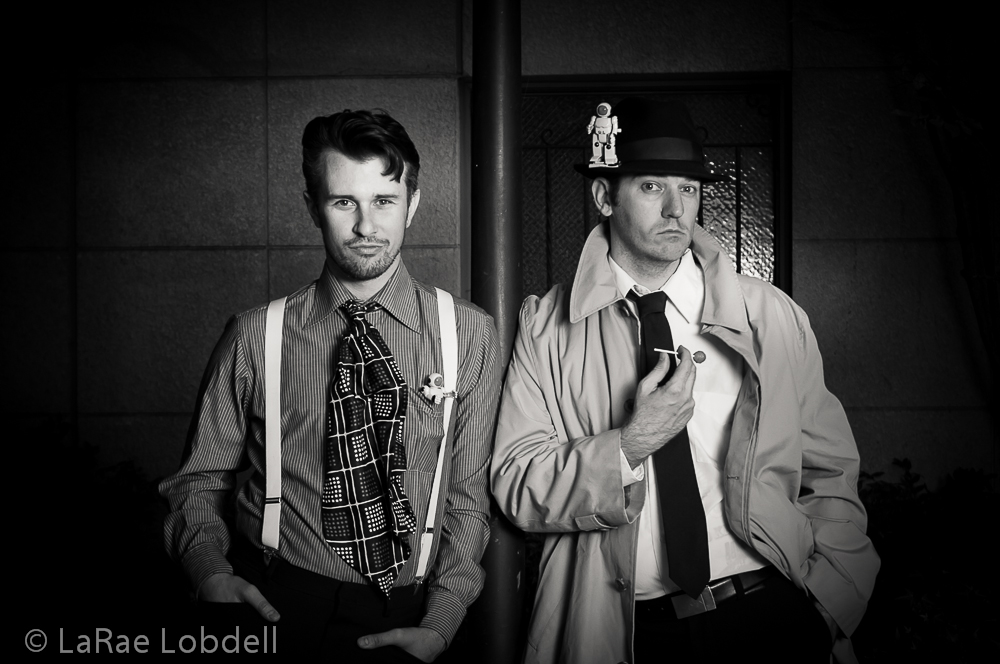 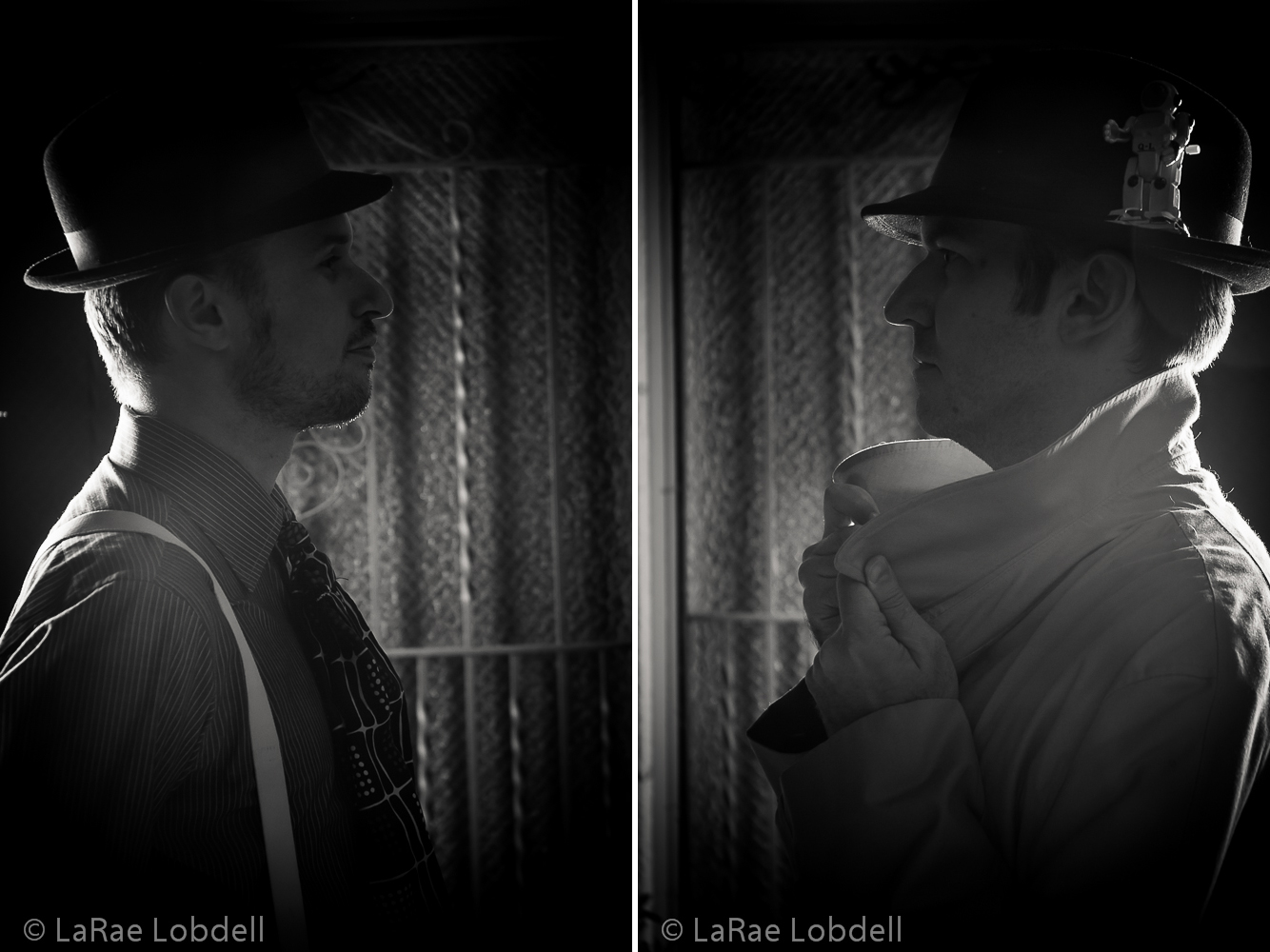 Djohnny Francois, #1 Robot Detective in all of Quebec. “BOOM! BOOM!” Phillipe Marleaux, #2 Robot Detective in all of Quebec. “He’s always winking. But I never know WHAT, or WHO he is winking at.” #1 and #2 Quebec Robot Detectives Djohnny Francois and Phillipe Marleaux.  “Sometimes I meet other robots who are scary.”

Montreal. Night time. Past my bedtime. But I don’t care. The streets
are foggy and there’s something funny in the air. Jonah Von Spreecken
and Co-Artistic Director Ali el-Gasseir have teamed up again to create
another live weekend morning cartoon. Bring the whole family to the
back streets of Montreal and follow robot detectives Phillipe Marleaux
and Djohnny Francois as they dance, duel and delve into the case of
the missing case! This hilarious noir-sci-fi-comedy will have you
wondering who’s who until you just have to sit back and pound a shot
of ice-cold milk.

Lighting:
ONE Nikon SB-800 flash with the Westcott 43″ Apollo Orb off camera.