Kimberly Durham is the cute and sexy girl of Modern Luv.

After photographing modern glam girl Madison in the rain, I drove my little cheeks downtown to ACT – A Contemporary Theatre to shoot Modern Luv hottie, Kimberly. Traffic was wicked and we ended up only having a few minutes to come up with something spontaneously awesome. I ran around hallways and corridors looking for natural light, or any situation where I wouldn’t have to shoot with wonky tungsten spotlights mixing against a flash set up. 10 minutes before her rehearsal call time, we were given the Joshua Green Foundation Vault in the belly of ACT Theatre to shoot in.

Tick tock, tick tock, people were pouring in to rehearsal and I started shaking with only 3 minutes to set up a concept, my flash, test exposure and instruct and place my subject, and then make us both feel calm to where we could have fun.

You know, I might get the jitters before a shoot but once it all starts, swoosh! the ideas pour in. By the time we were in a mirrored room full of silver and gold safe deposit boxes, well there was just no stopping us – or David Swidler – from having an incredible photo shoot. I’m totally proud of how rad this turned out!

Kimberly will be performing in the popular show Modern Luv alongside Madison Greenlund and choreographer Hillary Gault at the Triple Door, THIS WEEK March 15-17, 2012.
[details to her upcoming shows below] 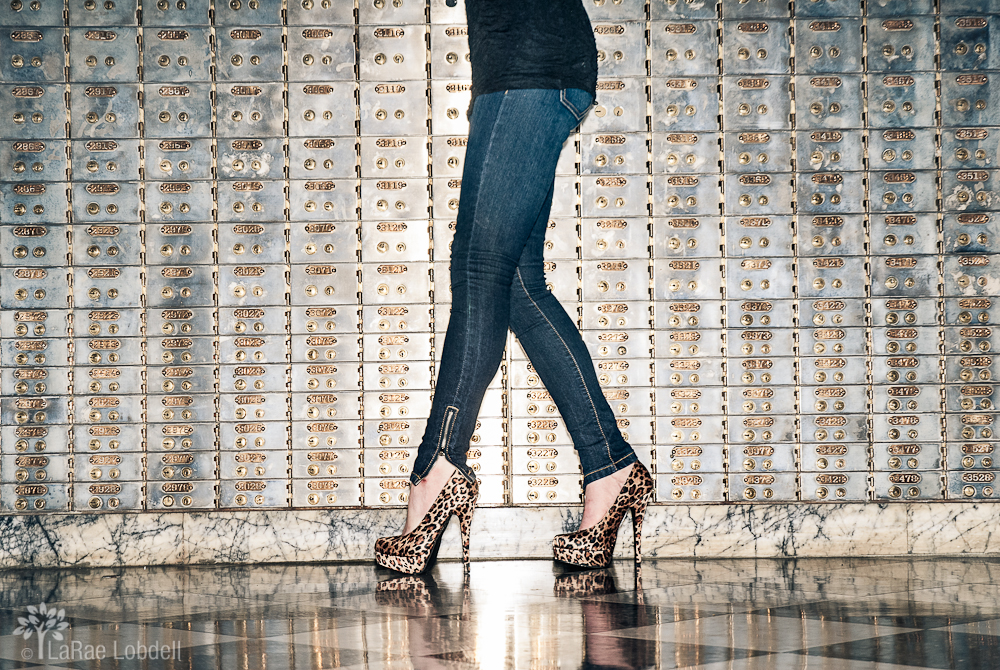 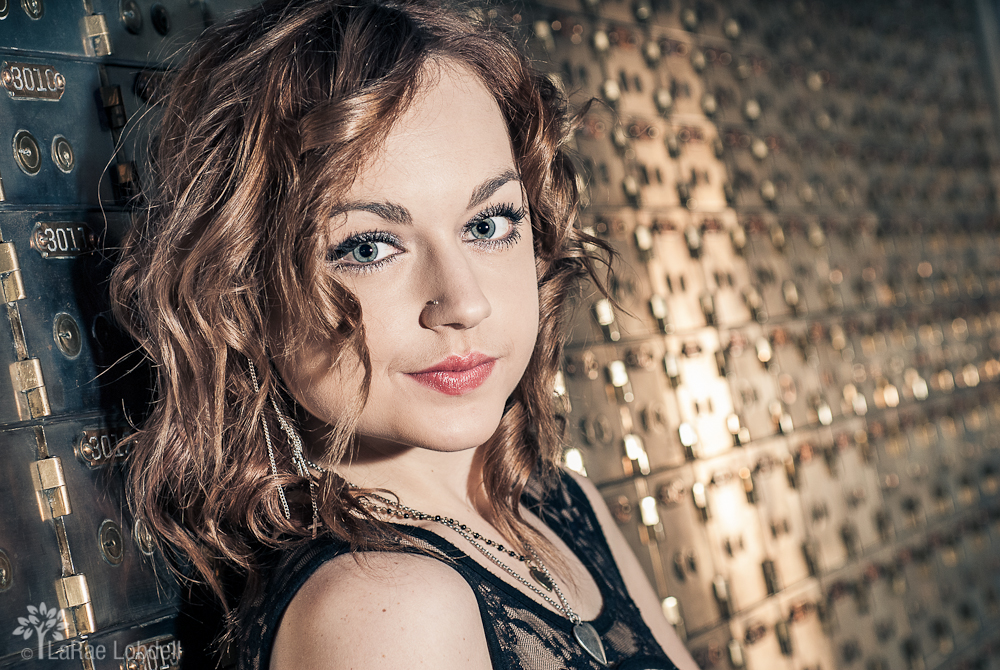 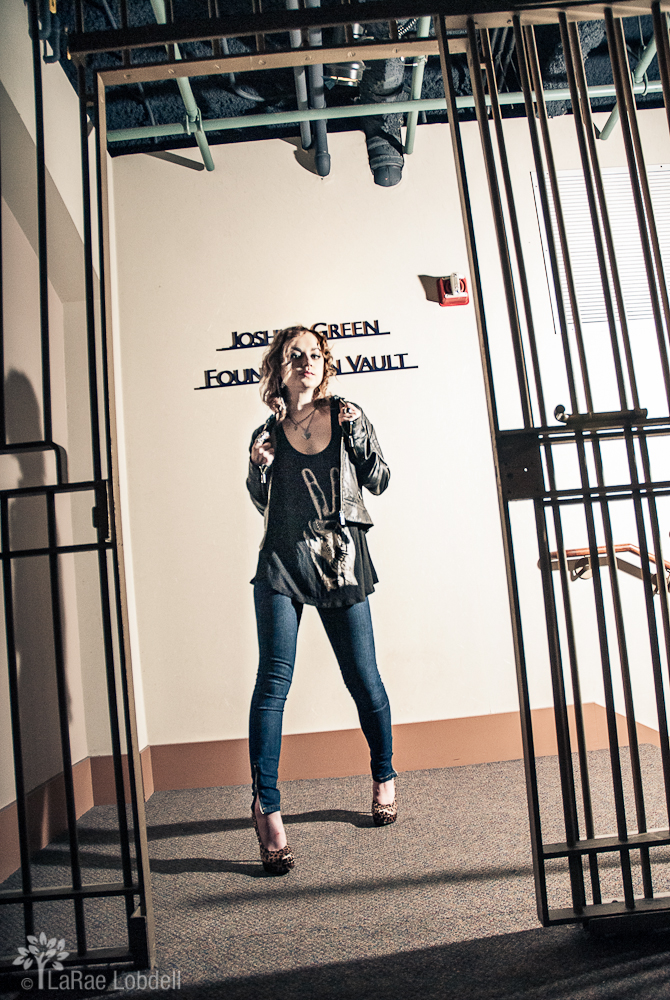 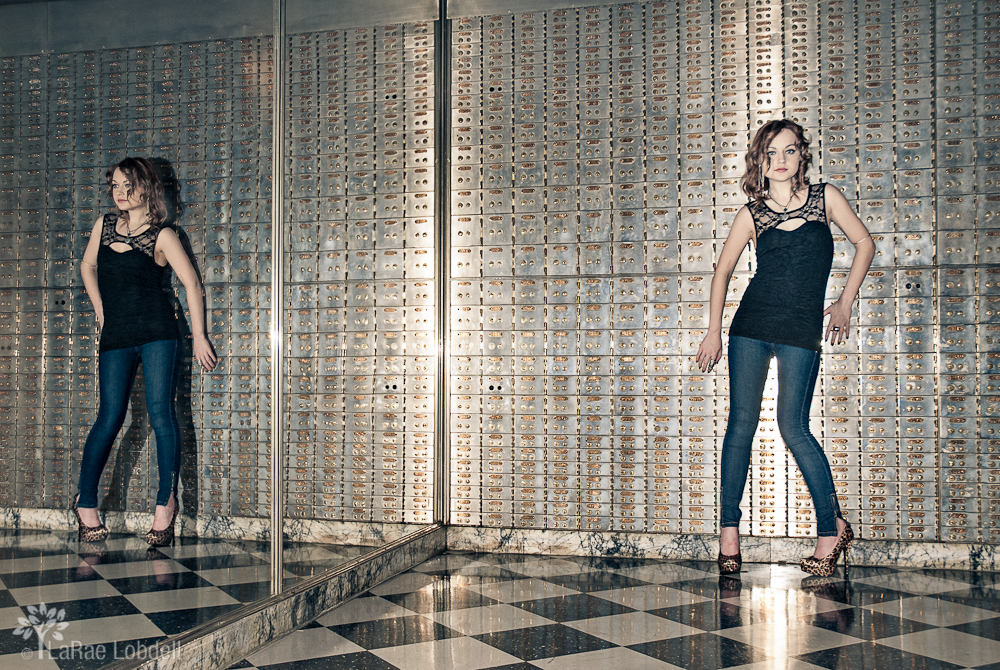 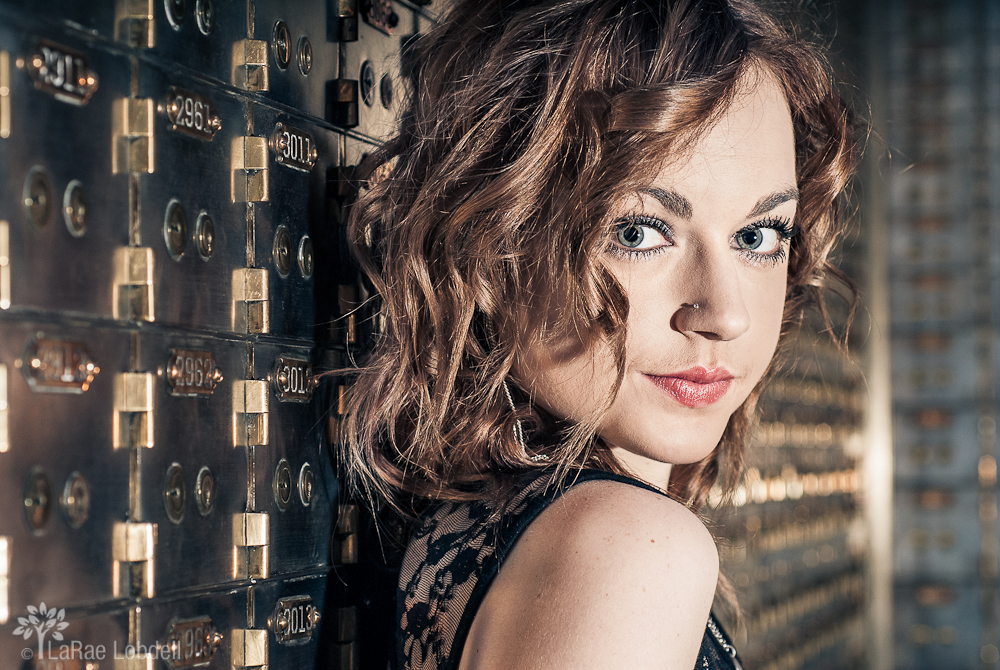 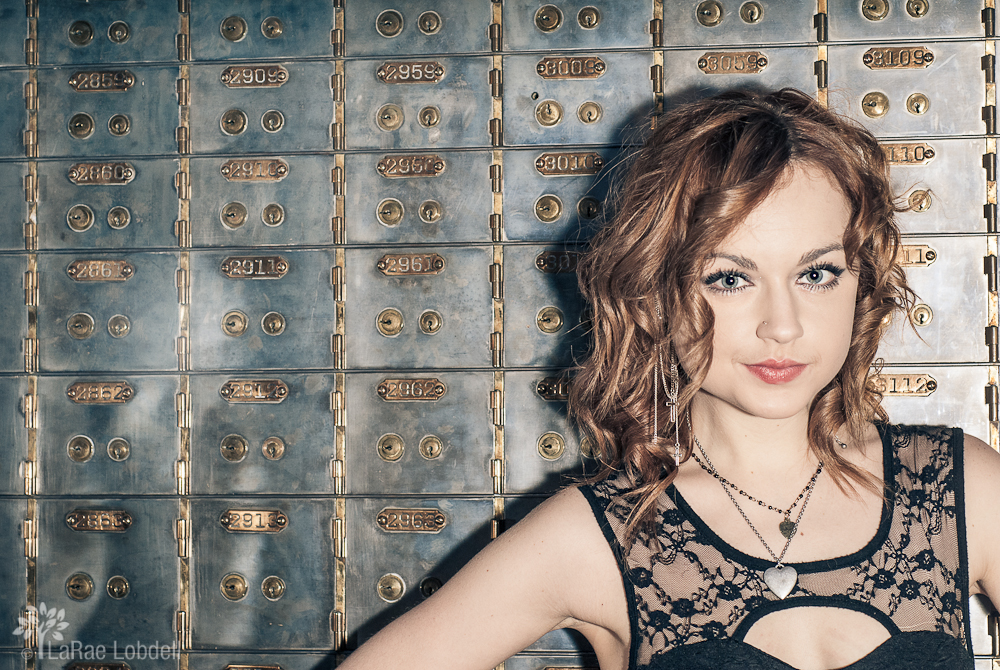 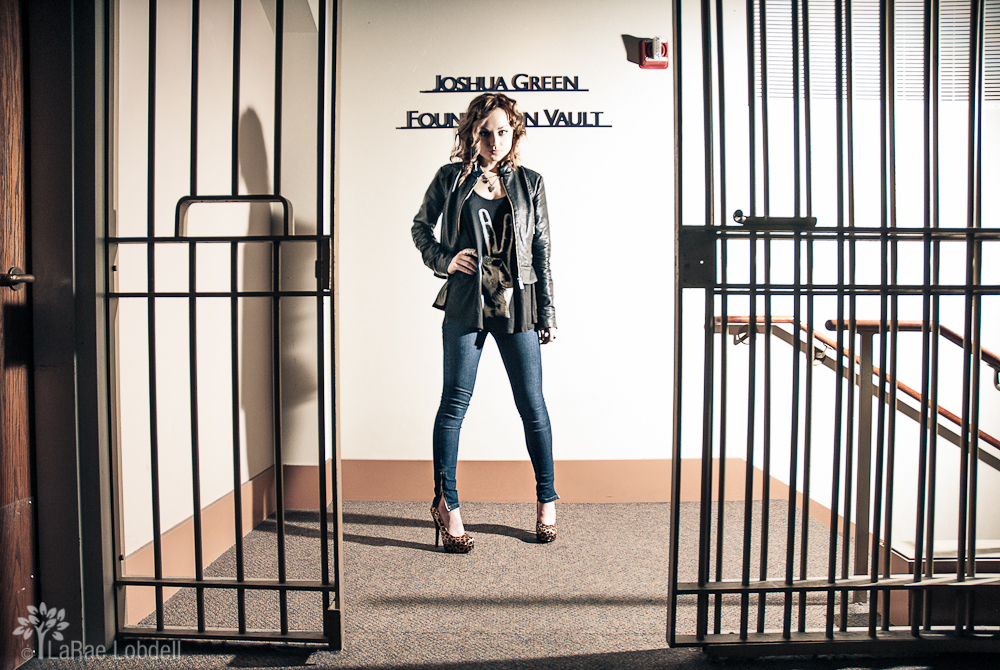 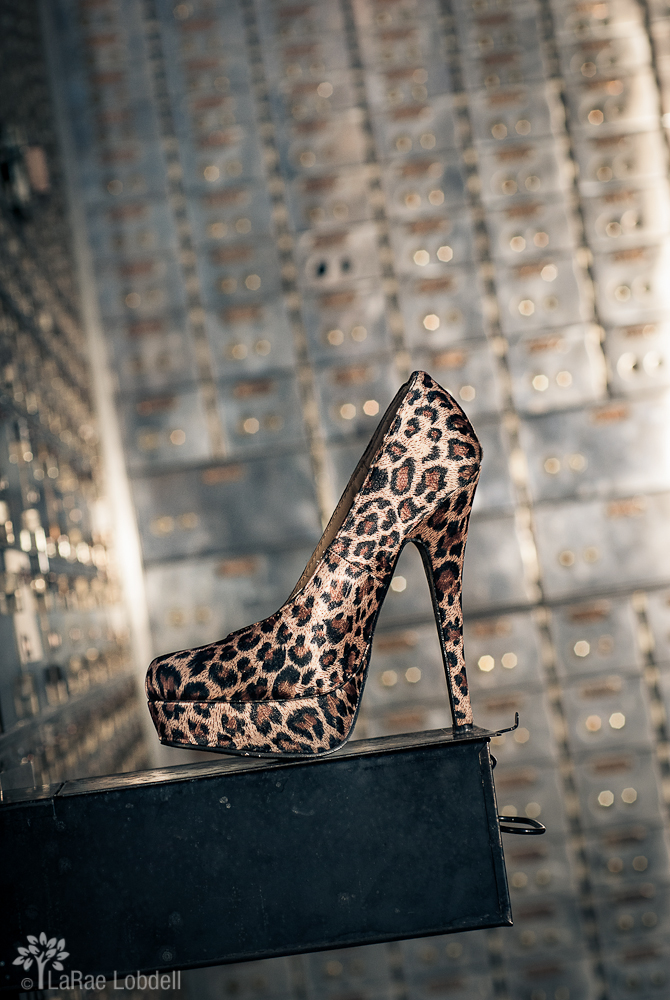 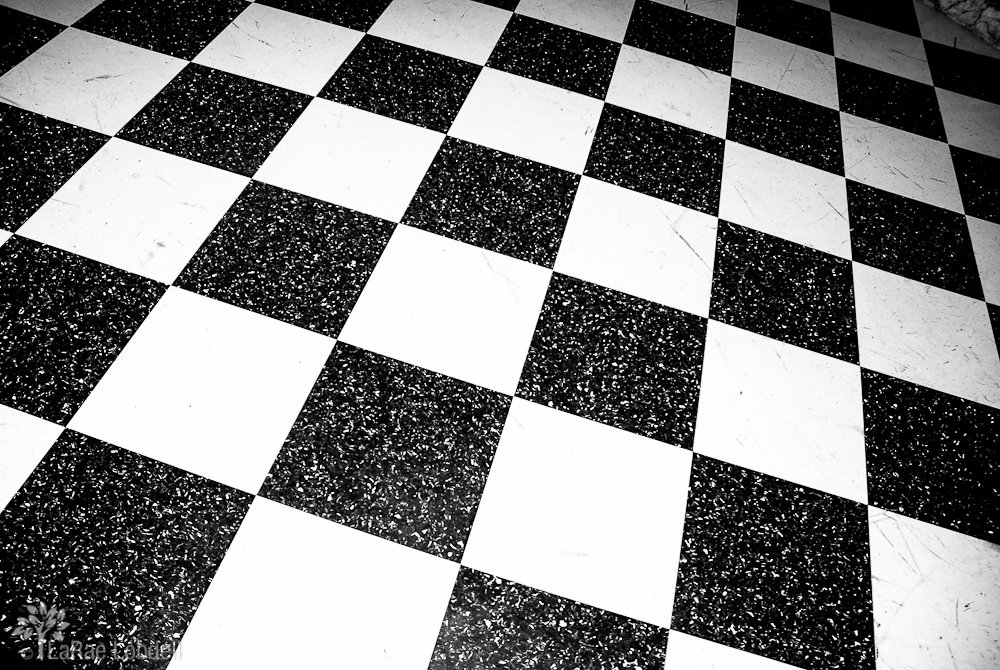 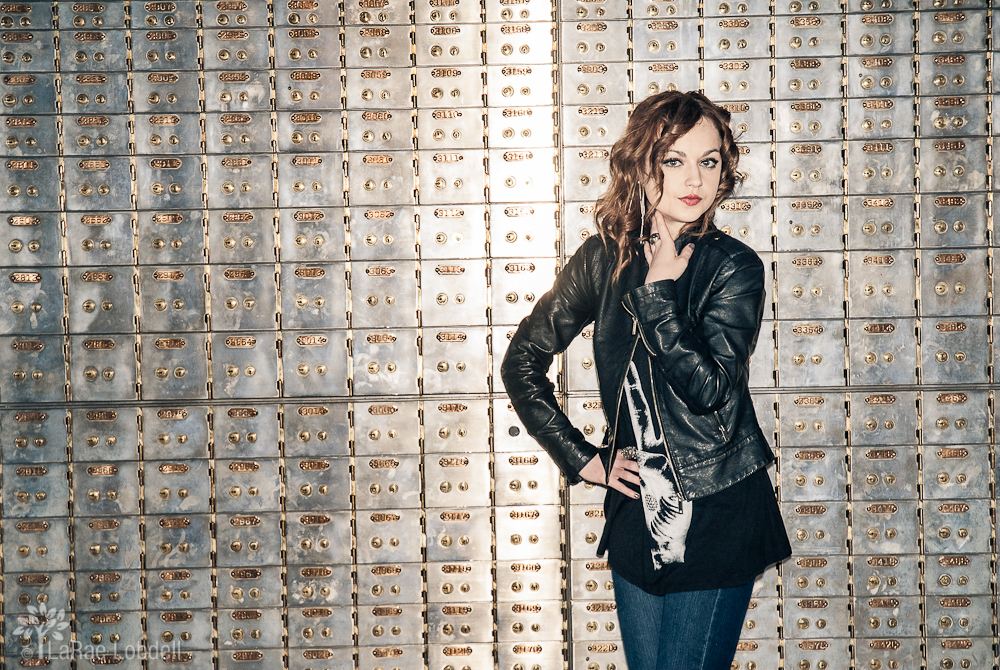 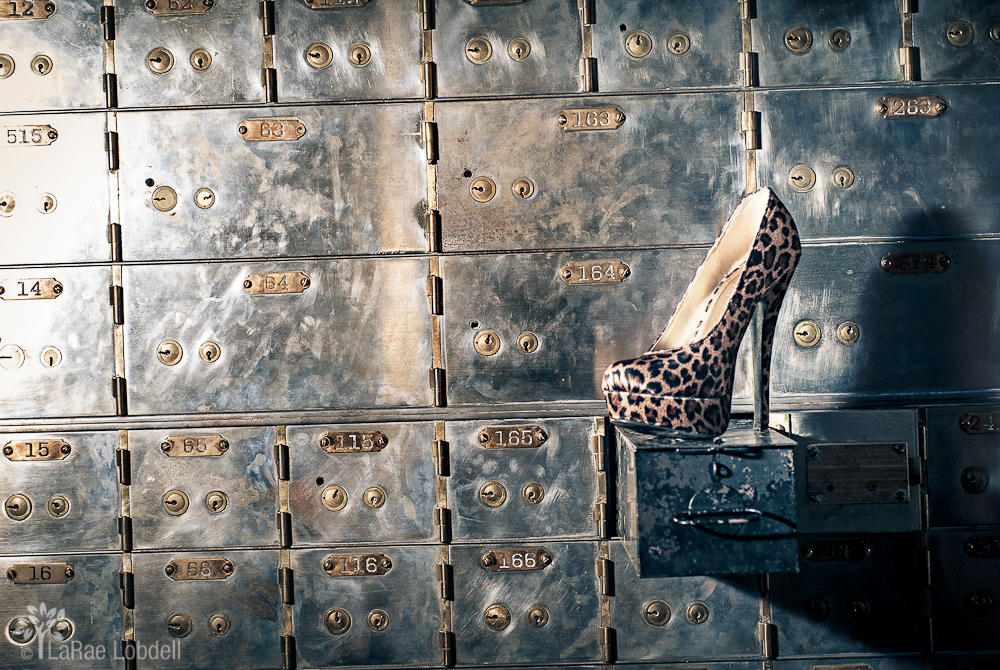 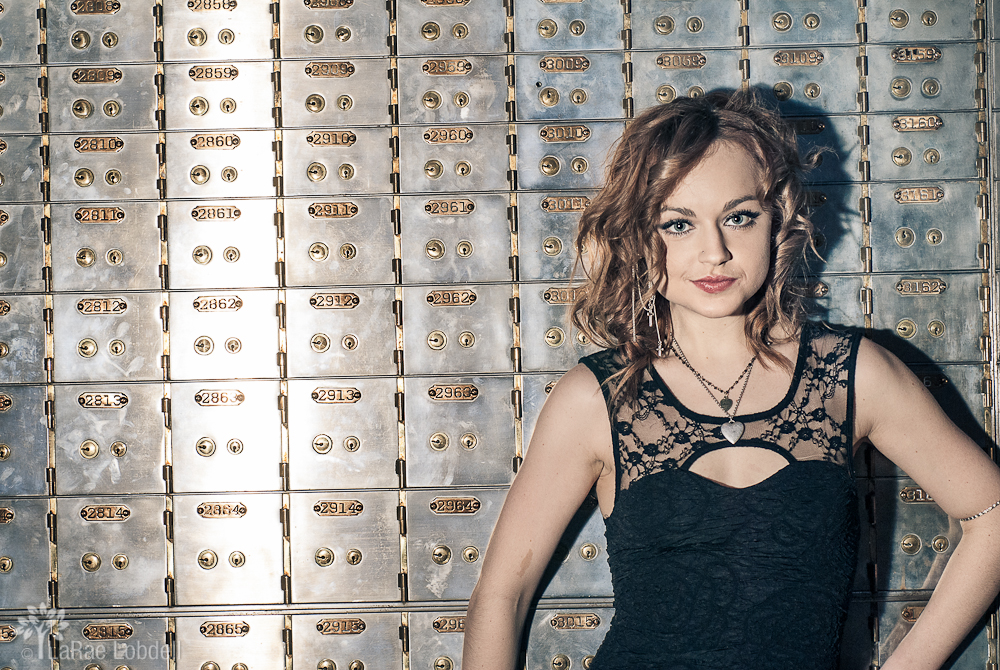 Catch her in the Modern Luv comedy cabaret about romance with Mark Siano at the Triple Door, March 15-17 and at the Interborough Repertory Theatre in New York City April 19-21, 2012.

There will be DAVID SWIDLER!!!
That’s right. THE DAVID SWIDLER will be upstaging Mark Siano at the Triple Door, March 15-17 too! 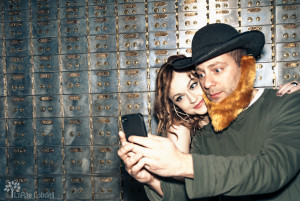 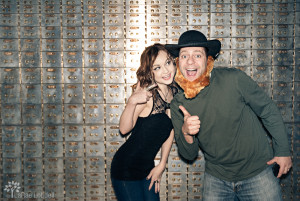 Lighting:
All shots were with ONE Nikon SB-800 flash with the Micro Apollo light modifier from Westcott on my “Eddie”, manual setting 1/4. Sometimes the flash was placed at a 90° angle, at other times only 10° angle.

2 thoughts on “24 Minutes with Kimberly Durham”