Photographing the artists of Intiman Theatre

Even though the above headline says this post is about an artist of “Intiman Theatre“, I want you to know that the brilliant musician Robertson Witmer (known simply as “Rob” to his friends and referred to as from here on out on the blog) is of so many  theatres  in Seattle. In fact, he’s an artists so deeply committed to, and involved with, the theatre community that you will see his name listed on a playbill more often than not.

Rob is an accordion rock star god. Seriously. I’m not joking. The man is brilliantly witty, bold and bends the sound of the musical squeezebox into a deliciously heavy metal tune, transporting his listeners to the raw edge of whimsical Paris circa anytime supernova.

I first saw Rob perform in a band named “Awesome”  a little over two years ago at Theatre of Jackson here in Seattle. For my buddies out there who’ve known me for years, you know that “awesome” has been my favorite word since 1982 so this band automatically has two-thumbs up and three-gold-stars in my book. Not to mention 2011 Genius Award winner, John Osebold, is also in the band. #AwesomesauceOverload

Since then, I see glimpses of Rob everywhere. In sound design, at openings, galas and fundraisers in a beret and stripped shirt. He honored me by filling the vast hallways of the Kreielsheimer (ACT Theatre) during my “Celebration!” exhibit opening with tunes of the “Star Wars Theme” and “Dancing Queen” for my family, and you can even see Rob playing on the streets of Seattle with a big smile in Nancy Guppy’s Art Zone “Ride the Duck” season finale earlier this year.

This is an awesome summer for the musician. Associate Music Supervisor for Intiman Theatre‘s 2013 Summer Festival, The Gregory Awards just announced that Rob is an Outstanding Sound/Music Design Nominee for his work in “The Trial”  at New Century Theatre Company AND his band The Love Markets are having their big CD Release party and concert at ACT on August 10th, 2013.

With just a week before my exhibit opening, I realized this amazing Seattle icon had not been captured yet in the personal project. So, in short notice, we woke up early and zipped down to an empty alleyway for this shoot. I woke up slowly as Rob started to quietly play his accordion. So quietly, that the homeless waking up and moving  out of the rugged territory, technicians, sales men, chefs and delivery trucks moving through the location couldn’t even hear him. As the sun bent the crisp morning air into glowing warm rays down on the space, Rob filled the strange, omniscient shoot into truly unique and magical experience straight from a movie set.

From the Twitter feed @rdwitmer: “When your 10 a.m. meeting is in a sketchy alley with @laraelobdell you know your day is off to a good start. #accordionadvantages” 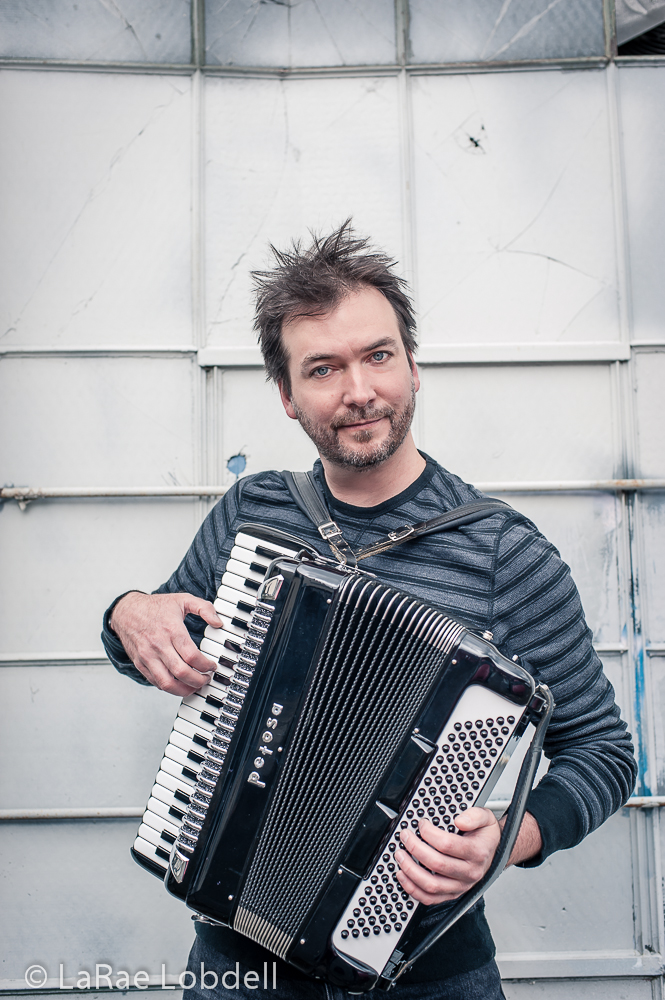 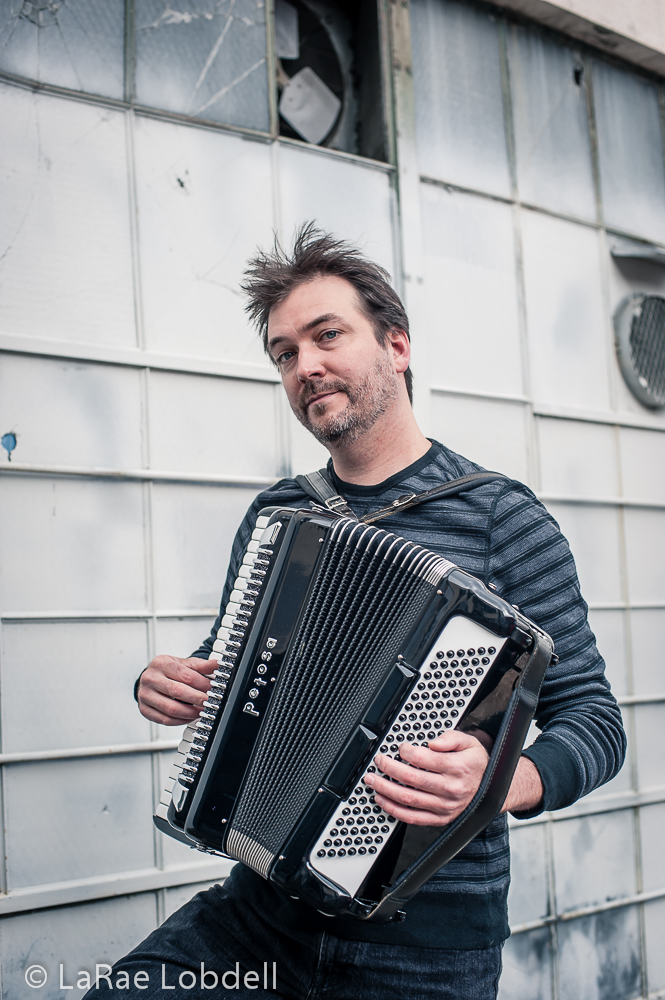 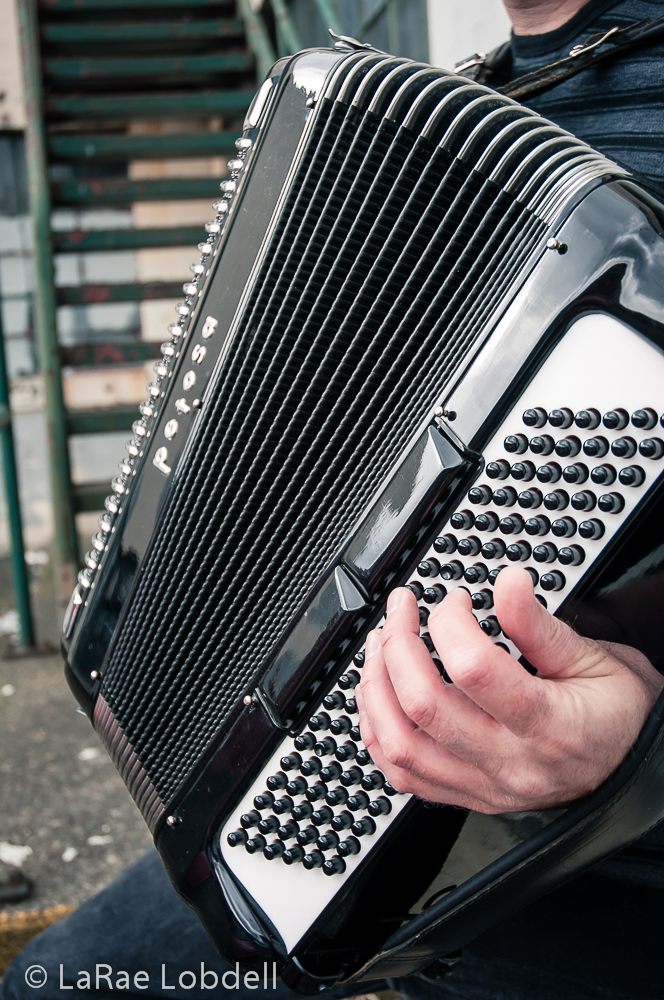 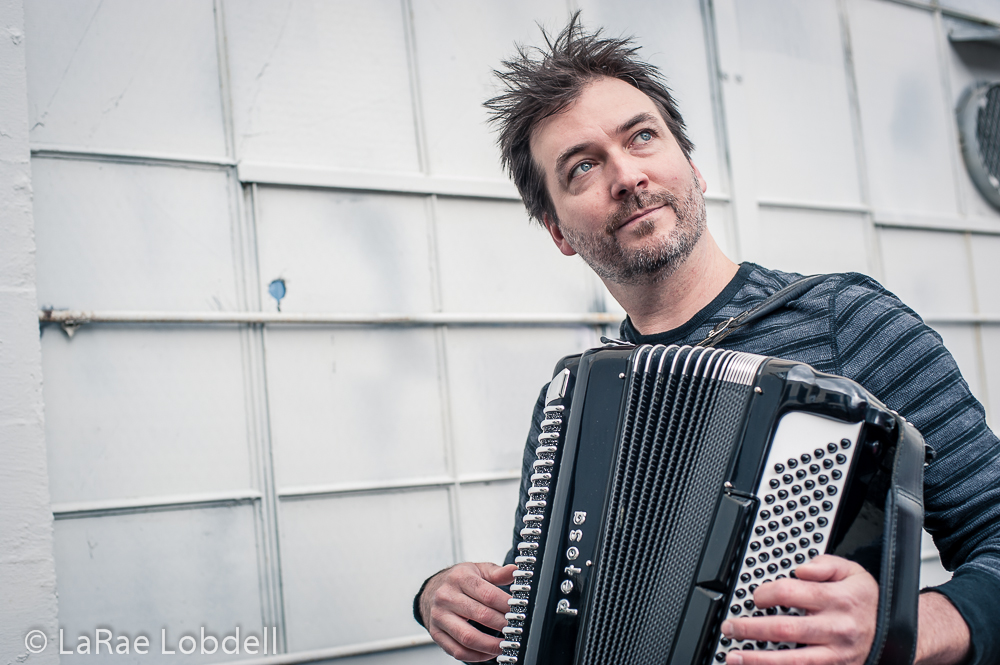 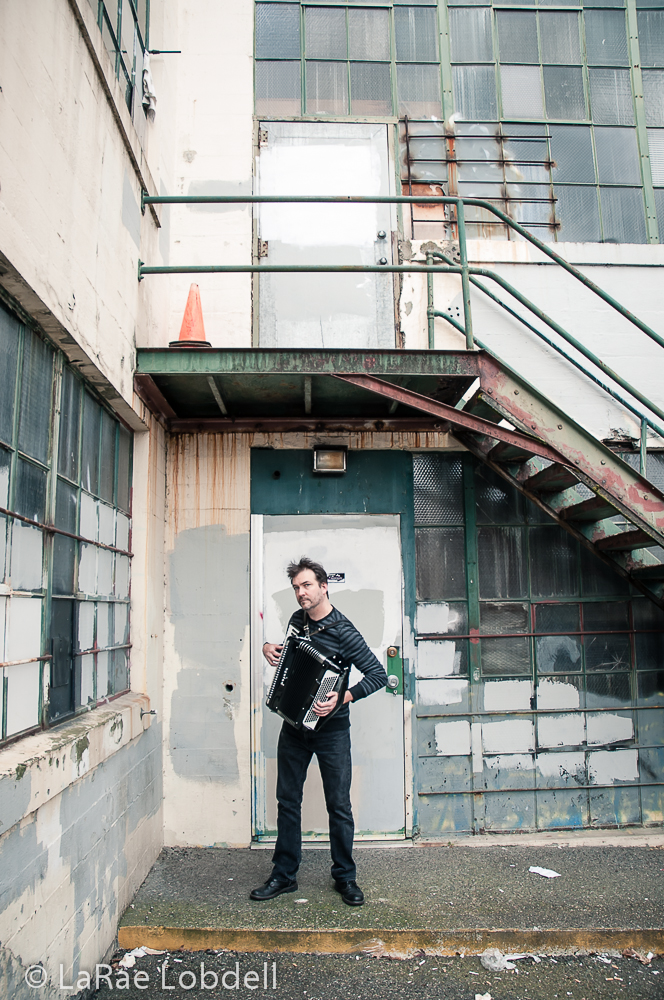 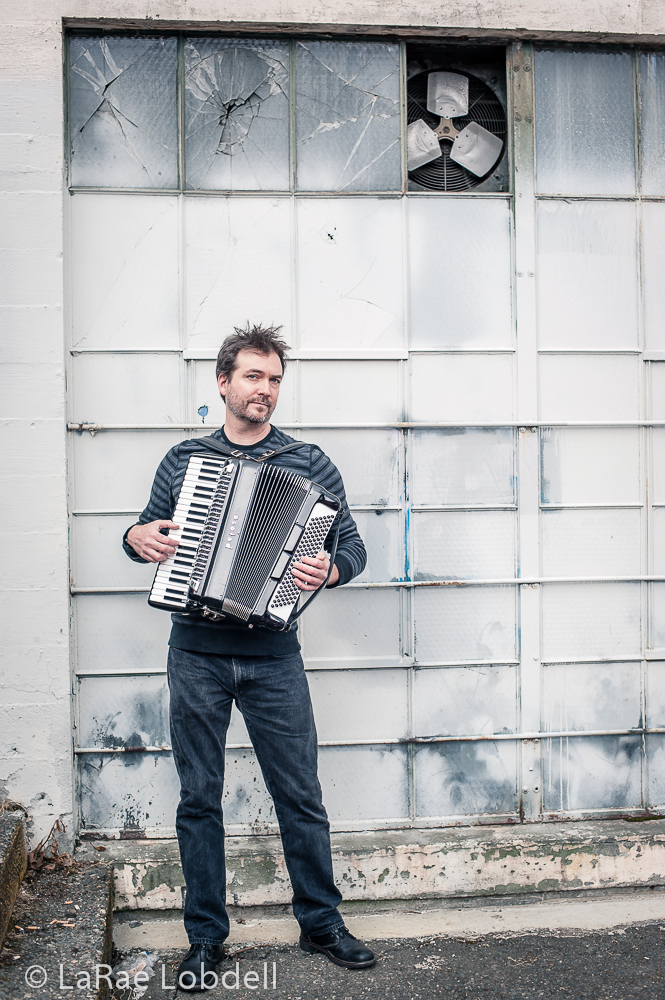 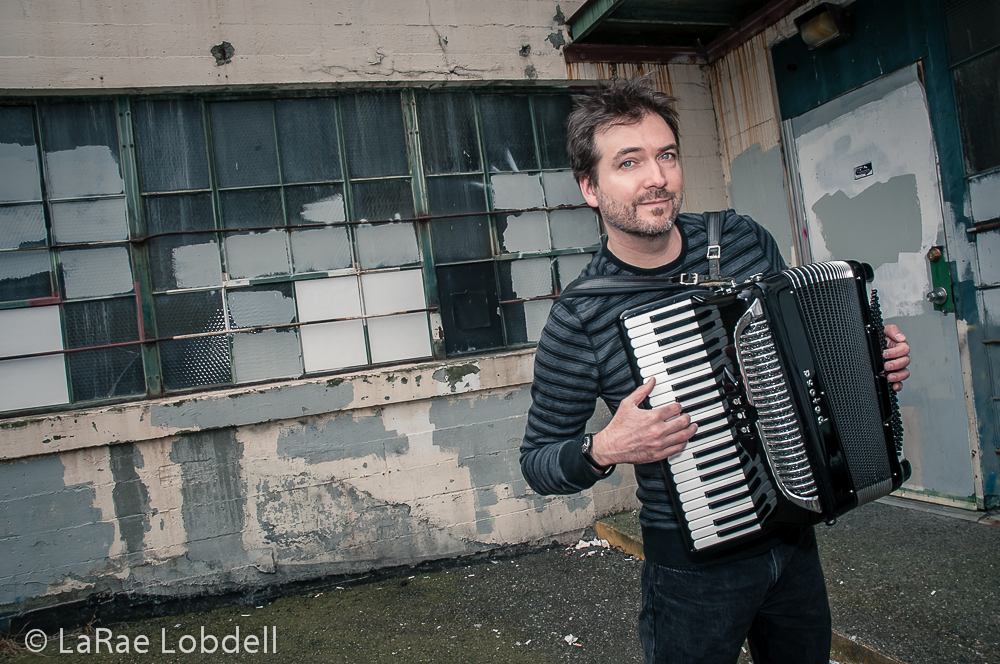 Go hear Rob’s work at Intiman AND get The Love Markets!

The Love Markets are having their big CD Release party and concert at ACT on August 10th, 2013.

You can hear Rob’s sound design at Intiman Theatre Festival in Seattle, June 21 to September 15, 2013.