1 Hour and 9 Minutes with Frank Ferrante

Photographing the artists of Teatro Zinzanni

Frank Ferrante is one of those people whose faces you will never forget. Perhaps that is because of his wildly popular portrayal of legendary character Groucho Marx and the trademarked cigar, painted on mustache, accentuated eyebrows and prop glasses. Called “the greatest living interpreter of Groucho Marx’s material” by The New York Times, he’s an icon in our memories and history.

Behind the props, laughs and prods though, is a gentle man with a soft spot for humor, theatre and his family.

Upon our arrival to our location, Teatro Zinzanni, I was elated to see that Frank brought his two children to the shoot. Actually, it was his day off to spend with them, but instead of playing outside at the beach, all they wanted to do was hang out in the big, colorful building with their dad. If you’ve been to Teatro, you can understand why; the entire modular building is a set designed to transport, enchant and entertain patrons from the second they step foot inside. From the outside, it’s an international cirque that looks like it belongs in the heart of Paris. Inside, the surfaces are covered in rich, ornate carpets, detailed ceilings, oil paintings, stacks of money, vaudeville inspired custom bar, contraptions, gems and jewels and feathers. Under the big tent are walls of glitter, spotlights, a stage and a piano. The back hallways are a maze for actors to run in and out of during their three-hour improv comedy, revue, music, dance and cirque, all the while maneuvering around the staff serving a five-course meal designed by Northwest chef Erik Carlson who joined Teatro ZinZanni after stints at Gordon Biersch and Arnies Restaurants.

And on Frank’s day off, his kids get the run of the place; a dream playground for them and me. 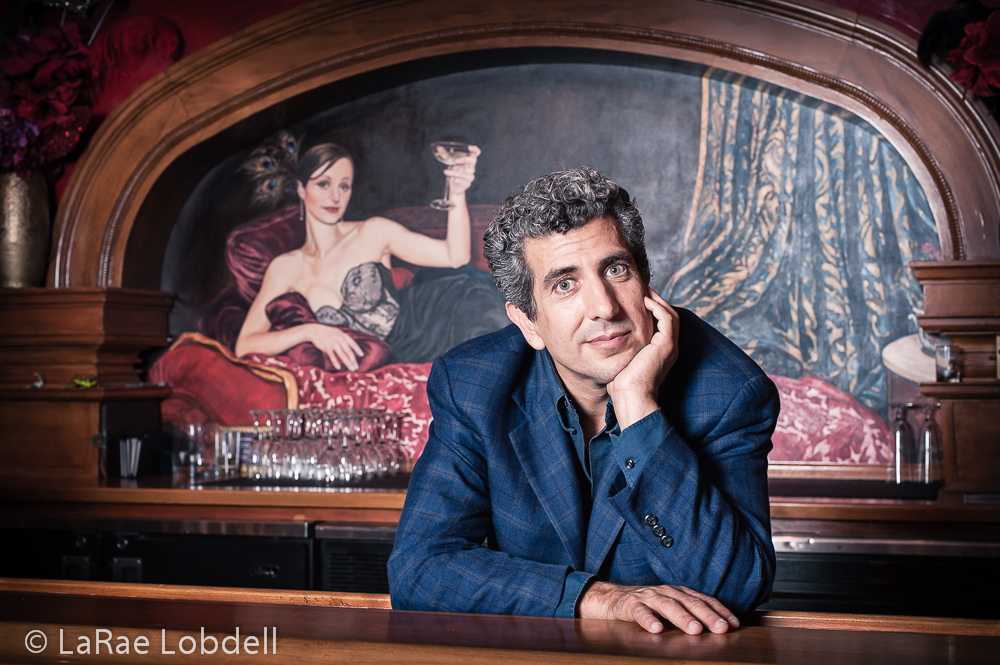 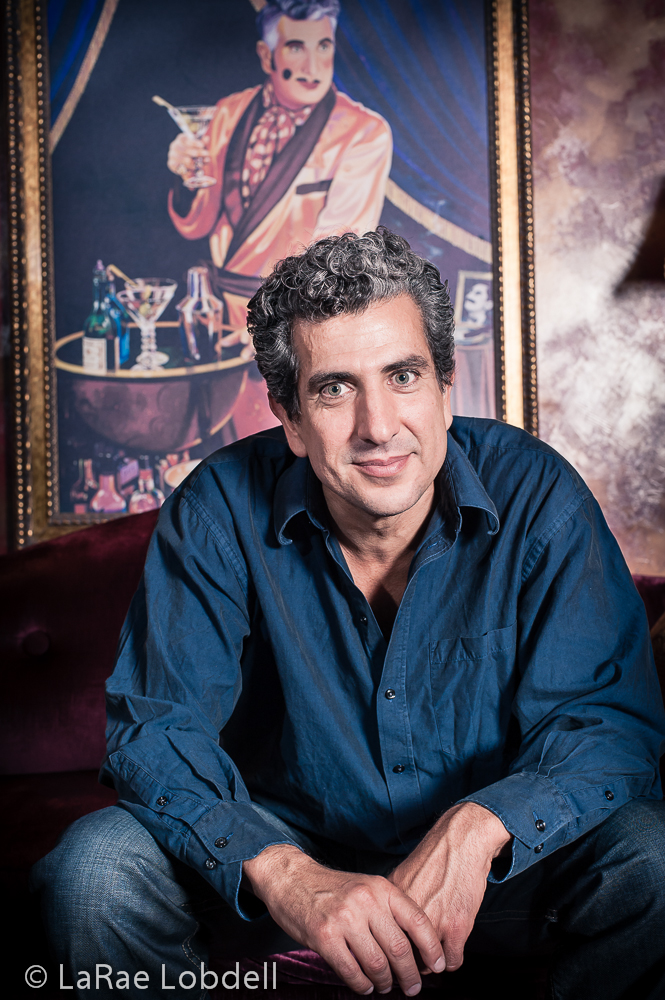 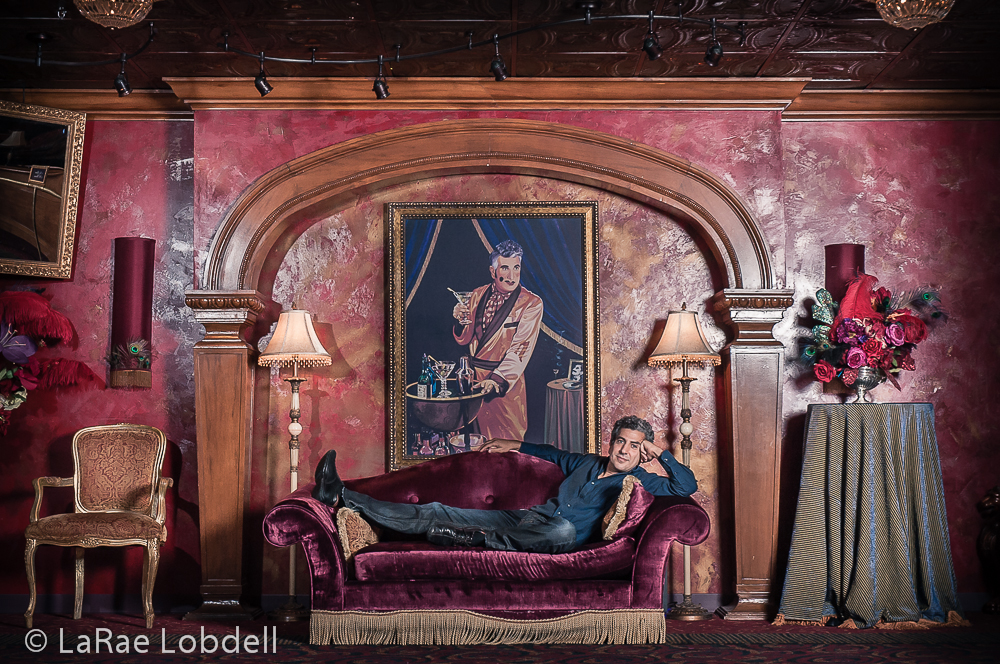 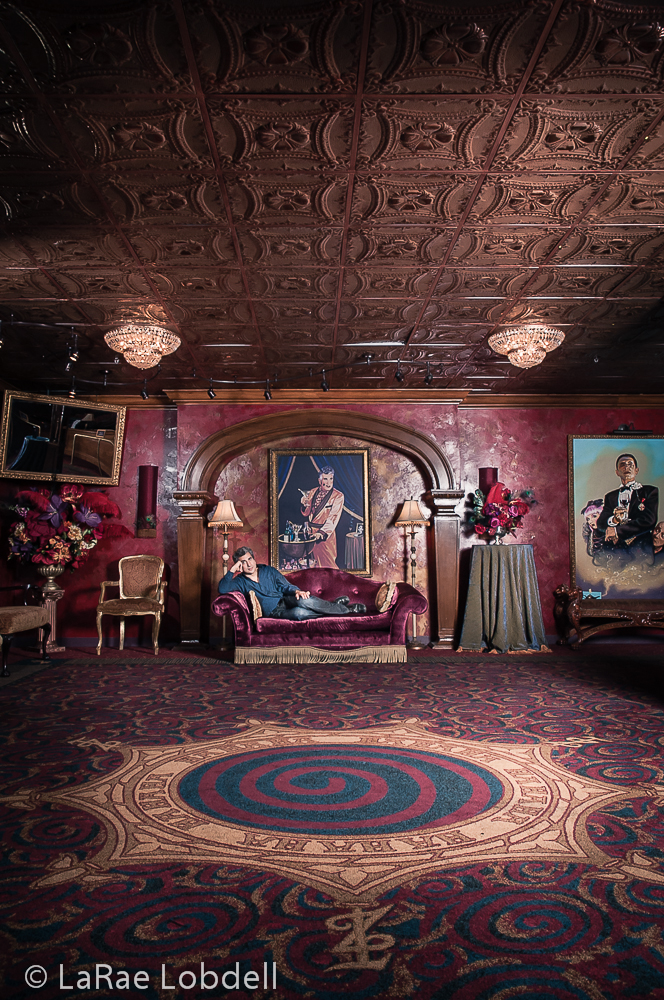 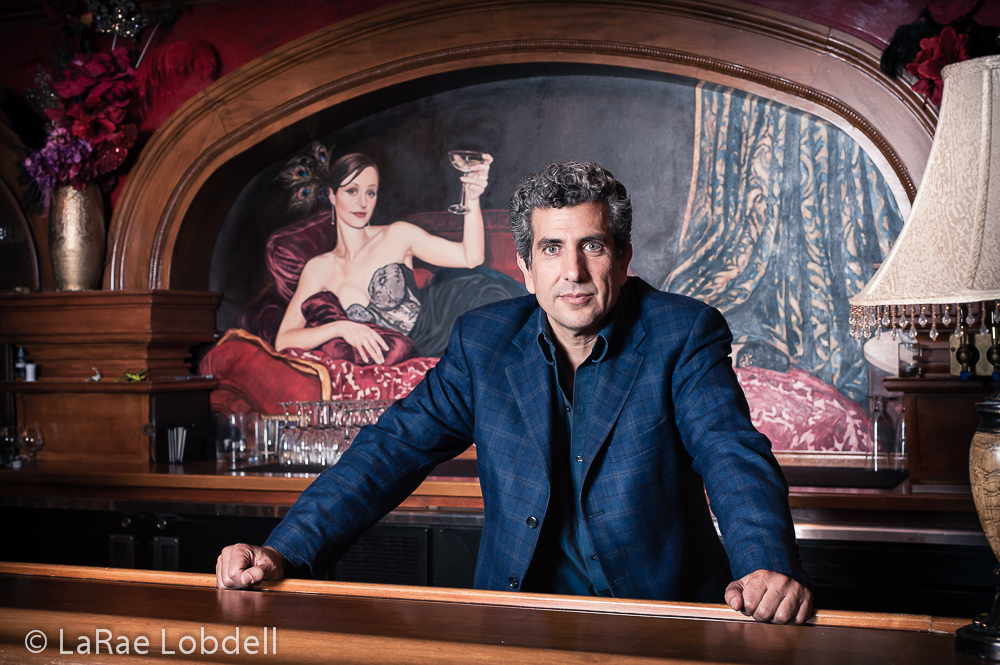 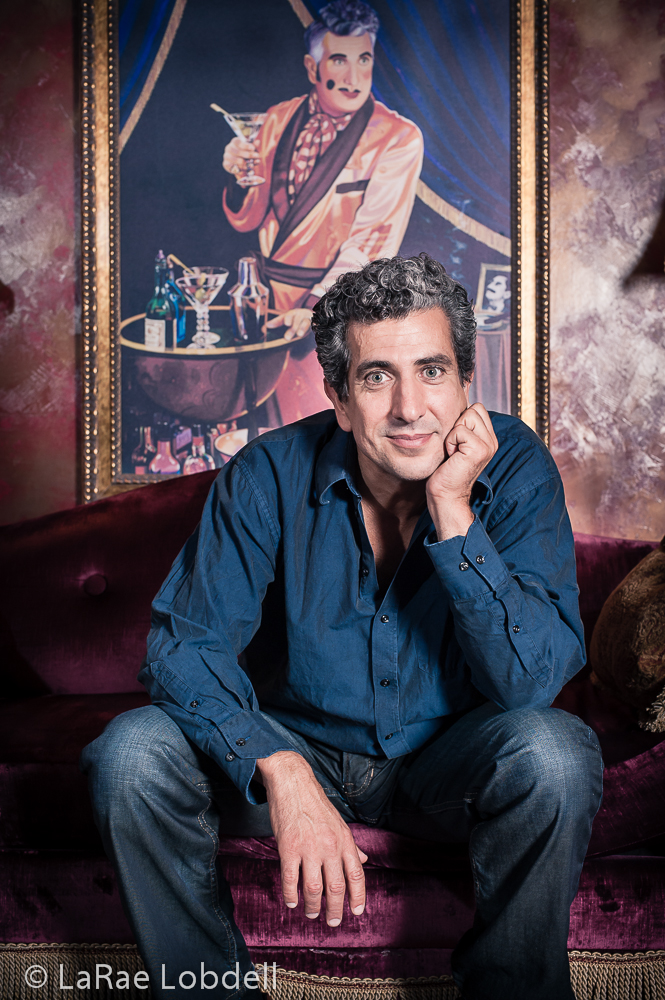 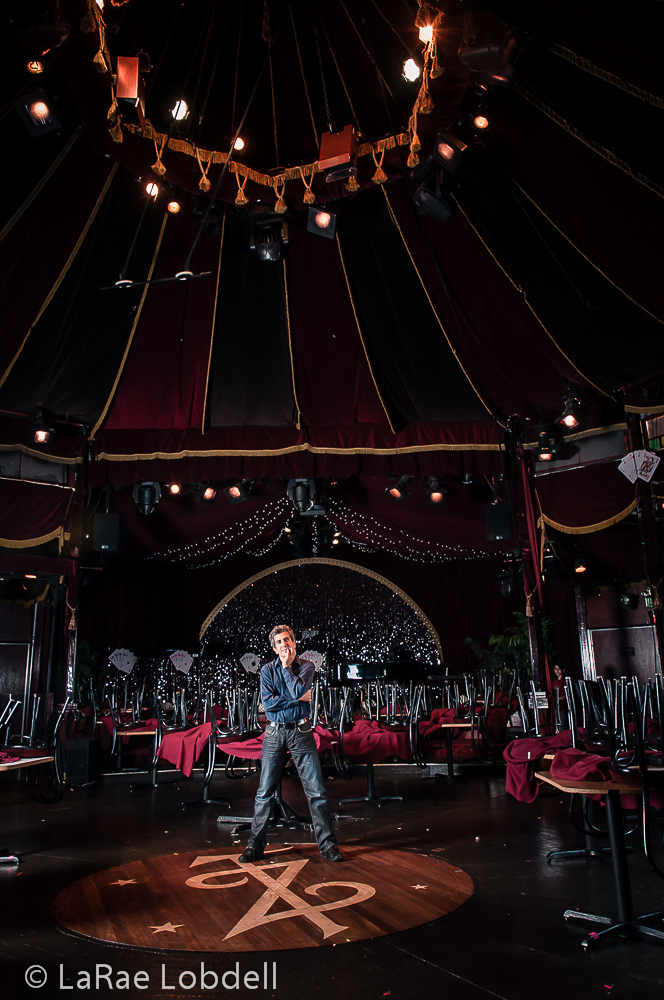 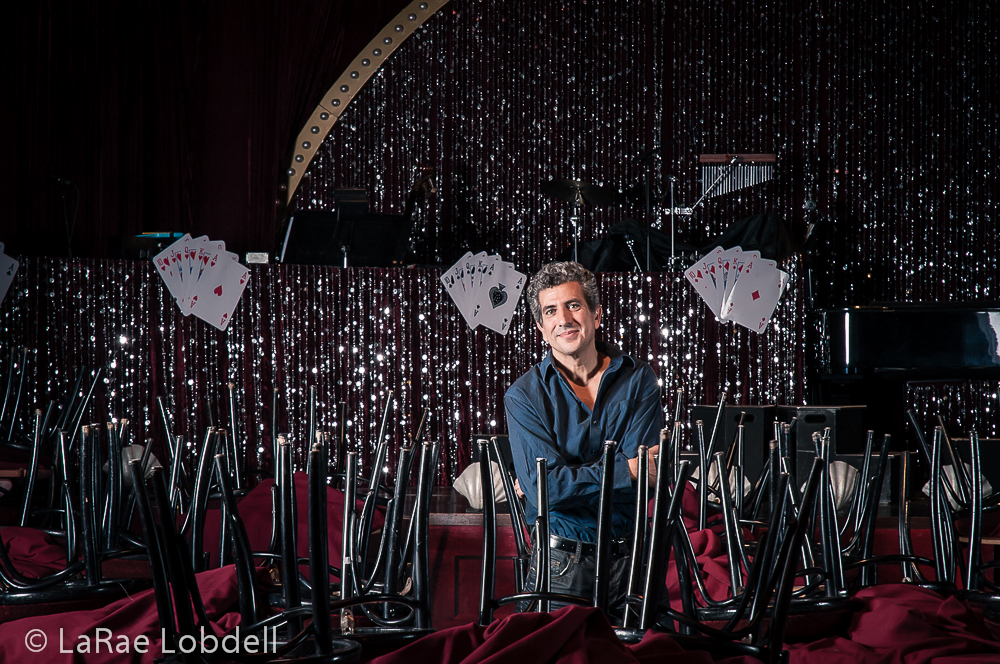 It was so special for me to be able to photograph Frank with his kids. I love this environmental family portrait! 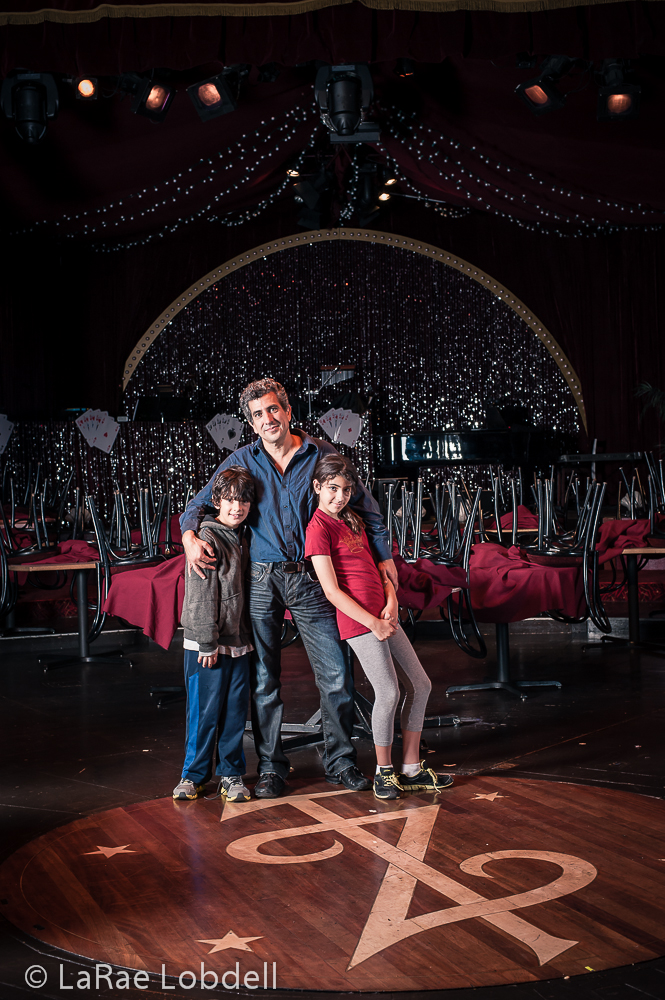 Special thanks to my apprentice, Cassandra Bell, for taking these fun and inspiring images of Frank and me! 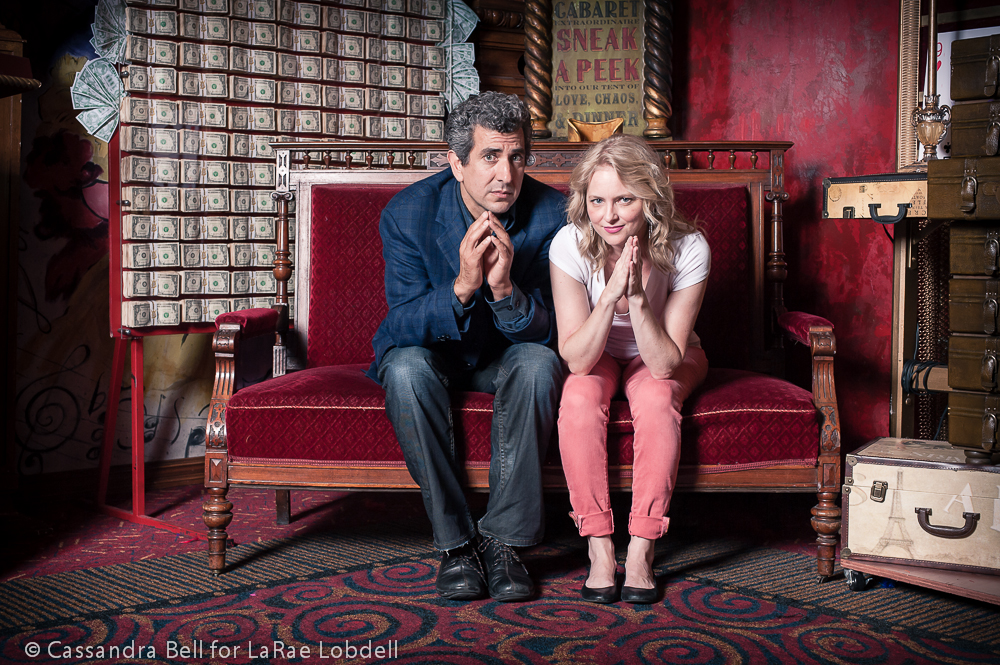 Frank’s world tour of “An Evening With Groucho” was recently at ACT – A Contemporary Theatre, and he is now a part of the “Working Artists of Theatre” project and part of the “Celebration Exhibit” at ACT. 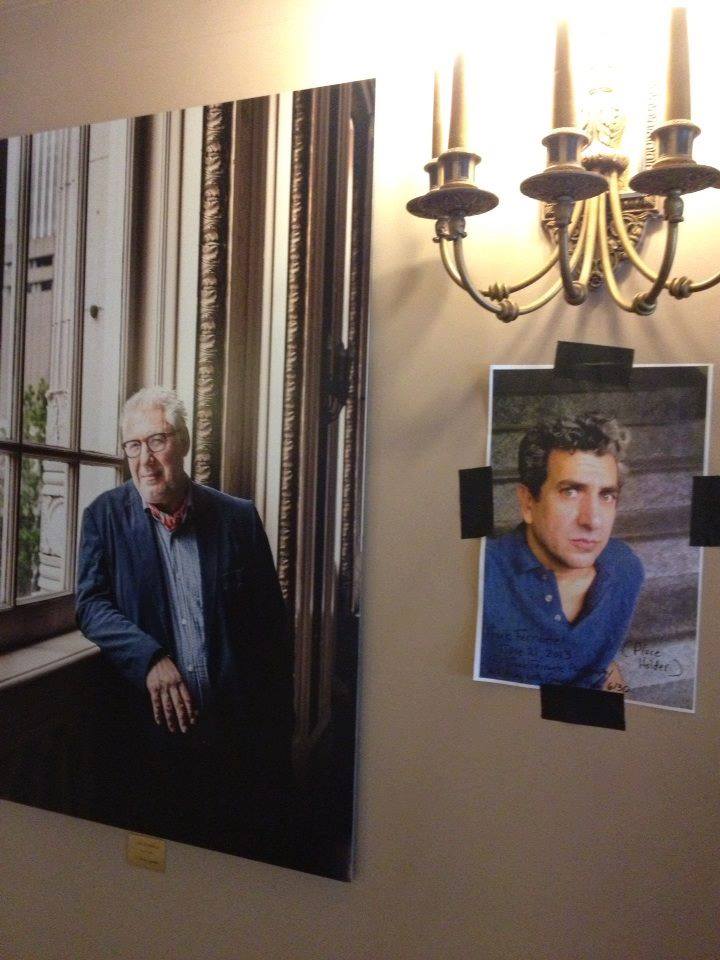